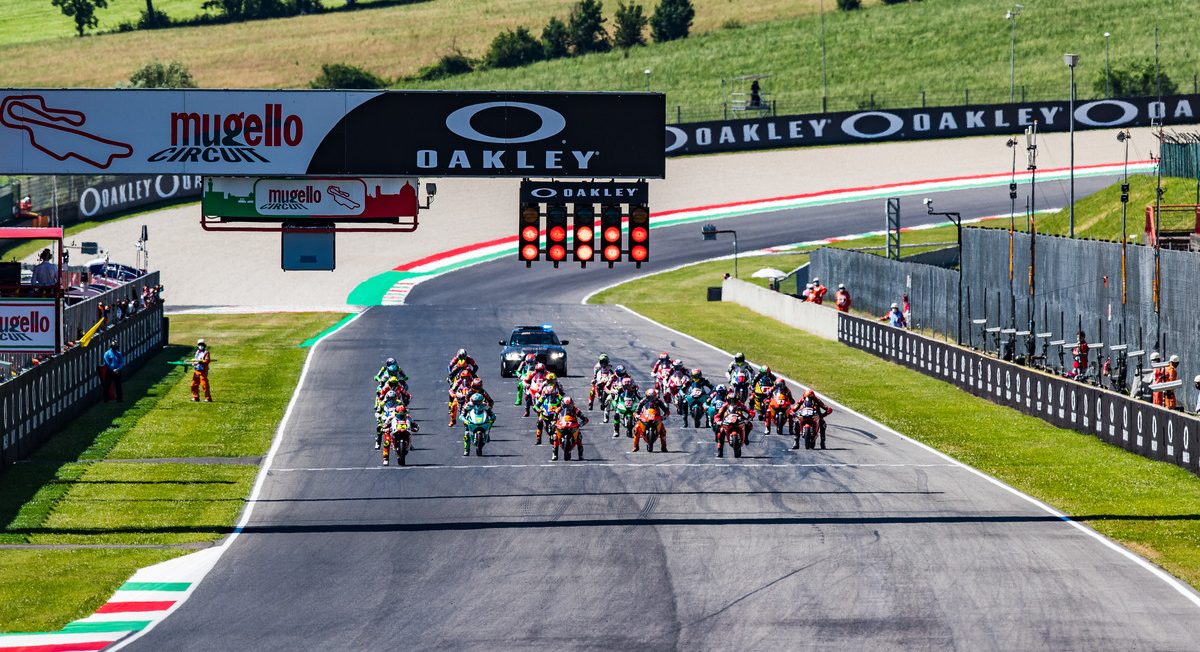 I’d challenge anyone with even a passing interest in motorsport not to be charmed by Moto3. We all know the class can be infuriating. Riders touring, waiting for tows and failed, dimwitted qualifying tactics are as commonplace as the wild last lap scraps. But since they replaced the 125cc two-strokes at the close of 2011, a class of evenly matched 250cc 4-strokes has repeatedly served up some of the most dramatic racing we’ve ever seen.

As someone that commentates over the class’s free practice sessions, I might be invested in ways others aren’t. But there is no escaping the fact few classes are this close. All of grand prix’s closest top 15 finishes have come in Moto3 in the past seven and a half years. No other class is as eclectic. A total of 17 riders have won Moto3 races since the start of 2019. And there’s something to be said for watching the stars of the future making – then learning from – mistakes that shape them into tomorrow’s superstars.

But with racing of this kind there is always a sense of danger, a sense of anticipating the very worst. Take Sunday’s race at Mugello. 13 riders fighting for the same piece of tarmac, no more than 1.3s apart. I’m sure I wasn’t alone in holding my breath at several points. Like when Max Kofler and Carlos Tatay were caught up in a first-lap collision on the outside of Savelli. Both were fortunate to escape with ‘just’ a fractured thoracic vertebra (Kofler) and fractured right ankle (Tatay). And that’s before we get to the melee as they braked for turn one. Choose any number of recent Moto3 contests and you could say the same.

And this is a thing I sometimes grapple with: is it always right to send kids as young as 16 into these high-speed battles around fearsome tracks and expect them to deal with the numerous challenges such contests throw up as though they were adults, with a wealth of lifetime experience?

It can seem callous at times. Especially at a place like Mugello, which – for all its beauty and excitement – tends to bite hard when things go wrong. Saturday was obviously a case in point. Jason Dupasquier didn’t really do much wrong when he was chasing a late improvement in the final moments of Moto3 qualifying. Fully committed to Arrabbiata 2, the Swiss rider ran onto the rumble strip, lost control, and fell off the side of his KTM. Then the moment every rider fears: being pitched back onto the track, into the path of an oncoming pack. The smallest mistake. But at these speeds, in groups this big, on this piece of tarmac, where riders are unsighted until they are already approaching the corner exit, it was a lethal one.

Dupasquier’s death was tragic in the extreme, not least as he was three months shy of his 20th birthday. On Sunday Jack Miller said it best: “Such a great young life has been lost. Somebody’s son. Somebody’s brother. He’s been taken away far too early. A tragedy.”

The thing with Moto3 is: there have been a host of near misses in recent years. Just how five riders got up from a crash triggered by Jaume Masia’s highside at Misano in 2018 and walked away relatively uninjured was baffling. The same can be said for that year’s Australian Grand Prix, when Marcos Ramirez took down Masia at Stoner Corner at well over 130mph. Or when Can Oncu barreled into three riders in the Catalan GP. There is no denying we have been privy to plenty of scares in recent times.

I’ve always been curious, how a Moto3 rider puts this inherent risk out of mind. Before this season got underway, I asked Moto3 challenger Darryn Binder whether fear ever creeps in during those chaotic multi-rider fights. “I definitely have a bit of wariness, especially at tracks like Mugello,” he said. “When you come down that straight, come over that crest and everyone fans out, you think, ‘Am I going between them, am I going left or am I going right?’ You have to think for yourself and the others, because you don’t know what their plan is, either.

It’s clean enough for the majority of the time. And we have to admit, these close shaves aren’t only limited to the junior class. Even someone that has frequented church as little as I have would label the outcome of last year’s Austrian Grand Prix as miraculous. Miguel Oliveira was right in saying Maverick Viñales, Valentino Rossi, Enea Bastianini and Hafizh Syahrin should have “lit a candle for the angels” watching over them that day.

The bottom line is this: danger will always be inherent in motorcycle racing, be it Moto3, MotoGP or World Superbike, no matter the advancements with gravel traps, leather and helmet technology. As Rossi noted on Sunday, “I think we make good steps in the last years. But the problem of yesterday unfortunately is the one that cause the accident in the last years – from (Marco) Simoncelli to (Shoya) Tomizawa, and unfortunately from that point of view we cannot do enough. When you crash and you remain in the track and the guy behind arrive… Also, in Moto3 you make 22 laps with 20 bikes all together. I think it’s very difficult to fix this problem, unfortunately.

As technical rules for each category are fine-tuned for greater parity, the threat of these kinds of crashes always loom large, even if only occasionally. Much of the prerace talk last weekend had focussed on the safety of Mugello’s track. And Miller’s comment summed it up nicely. “At the end of the day you will never make motorcycle racing 100% safe. That’s part of the beauty of it.”

Whether we acknowledge it or not, it’s one of the many reasons why we watch, why we’re thrilled, why we tune in on a Sunday morning. But with the beauty, comes the beast. And no matter how often you witness an event like Saturday’s, it doesn’t get any easier to process.