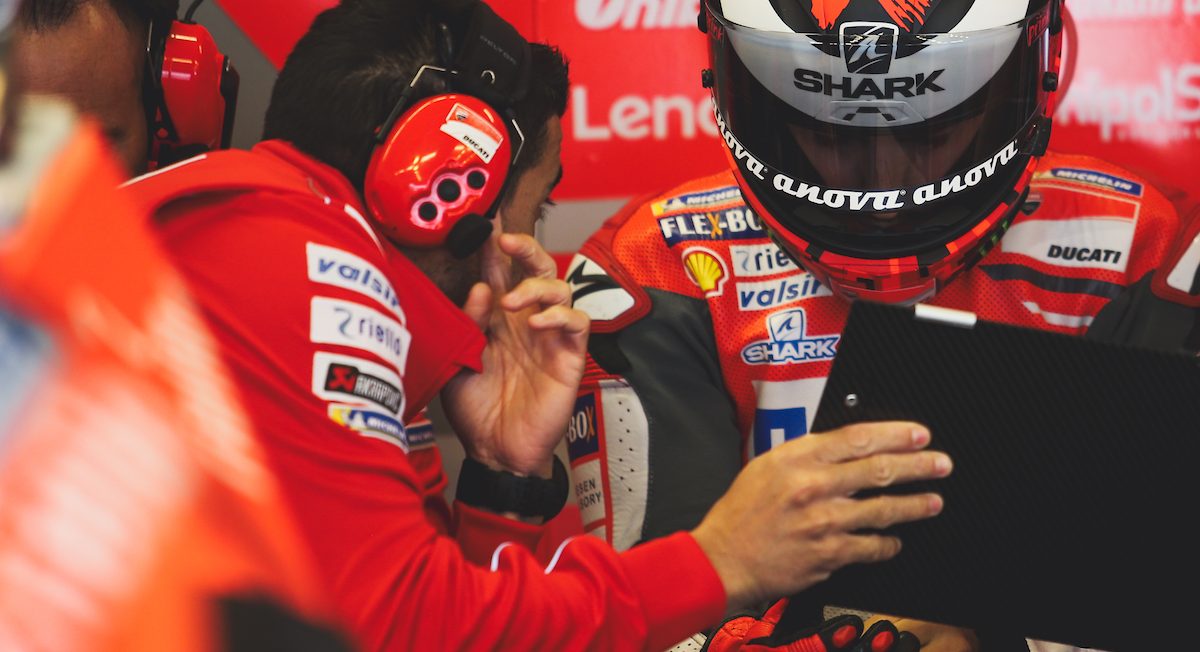 Those were two intriguing weeks between the first and second tests of this winter’s preseason. During those 14 days there were grounds to place full belief in Jorge Lorenzo’s return as a genuine contender, one who fancied his chances of replicating his finest glories of the past and pushing early favourite Marc Marquez all the way.

There was the swagger that accompanied his outright circuit record at the Sepang test; there were his declarations that Ducati’s new GP18 was, piece for piece, an upgrade on what he had sat on three months before; and there were his social media interactions, as Jorge chided and occasionally tore into critics past and present – an unremarkable point, you may say, but one which painted a rider using all the criticism from last season’s Grand Prix at Valencia to fuel an extensive winter of training.

How surprising then it has been to see the subsequent two months unfold. The second preseason outing in Thailand was an unmitigated disaster. Aside from lingering outside the top 15 in the timesheets, the three days there were spent flustering between chassis, fairings and pieces from Ducati’s ’17 and ’18 machines. Testing in Qatar offered a little respite, but not before his race weekend went badly awry, as a fuel pump issue in free practice was compounded by a front brake failure in the race.

But it’s tempting to wonder whether last weekend’s outing in Argentina was the nadir of his time in Ducati’s corner. That exasperated expression was never far away and his on-track performances were well below par. The news that Alex Debon, his personal coach hired at the beginning of the year, had already split prior to flying to South America didn’t exactly project an image of tranquillity behind the scenes and had Marc Marquez not attempted an opportunistic move on Valentino Rossi two laps from home, Lorenzo would have finished a dismal 17th. As it stands just one point sits next to his name after two races. 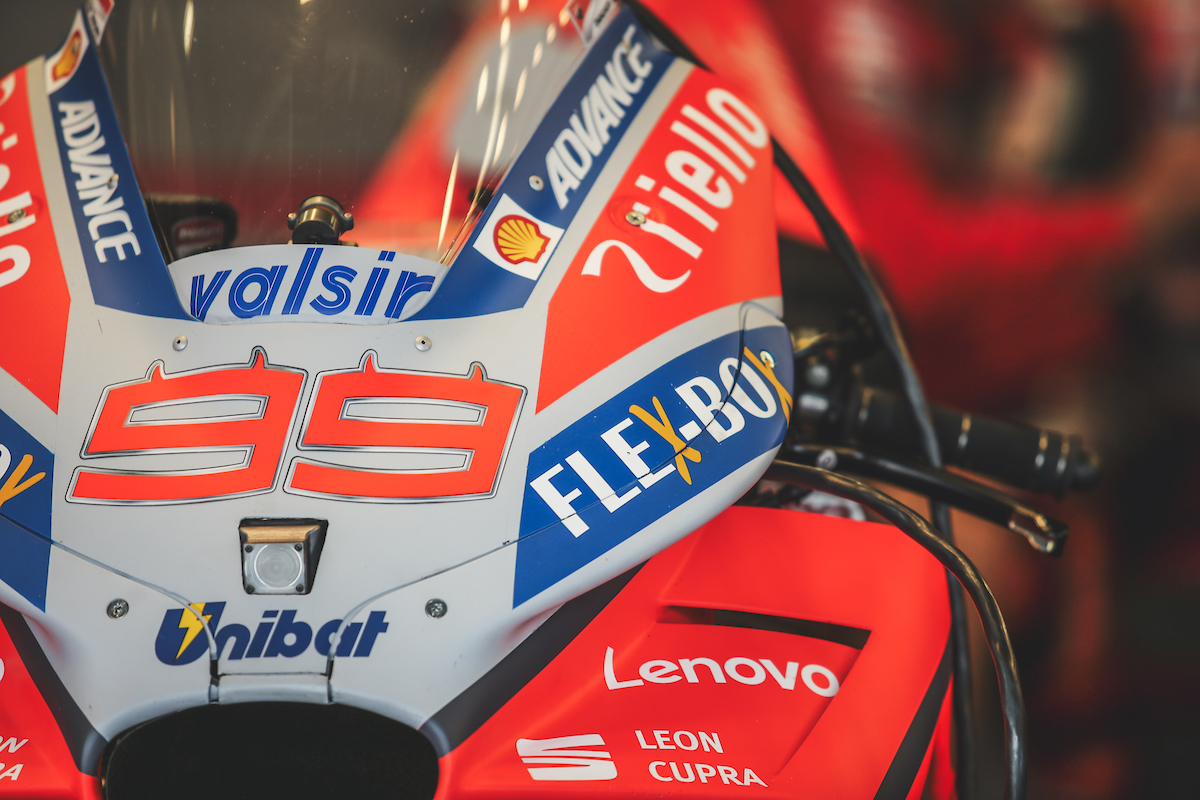 Yep, two races – much too early to sound the alarm bells, I know. But it feels as though this spell is amounting to more than just a pair of lousy results. To watch Lorenzo on Saturday evening in Argentina soon after his dealings with the media was to see a man dumbfounded, grasping desperately for reasons behind his current plight. Deep in conversation with personal assistant Artur Vilalta, it was as though the five-time world champion was being talked down from a ledge. Those watching wouldn’t have been surprised to see him walk away from it all there and then.

There have been noises from Lorenzo that he’s reaching a conclusion that Ducati’s GP18 is simply not made for his style, that he cannot express himself as he pleases. There was a sense of resignation in his words when he told French sports daily L’Equipe that his attempts to mould his precise, high-corner speed style to the added power and more stubborn handling of the Desmosedici is “as if Paris Saint-Germain were hiring Lionel Messi to play in midfield.” Little wonder his name is currently linked with Suzuki for 2019 and beyond, with Ducati team manager Davide Tardozzi revealing his rider is holding off contract talks with the Bologna factory until improvements are forthcoming.

Sources close to Lorenzo say that his current return is falling way below what he’s putting in. The Majorcan feels he’s training harder than ever, analysing his riding more than ever. Yet still he needs to remind himself how much rear brake to use in each bend that approaches, which gear to select, which line to use. Nothing is coming naturally. For a man that has amassed 65 grand prix victories across an illustrious 17-year career, these continued failings must be tough to stomach. Could he really be nearing an acceptance that championship successes won’t be possible in Ducati’s red? 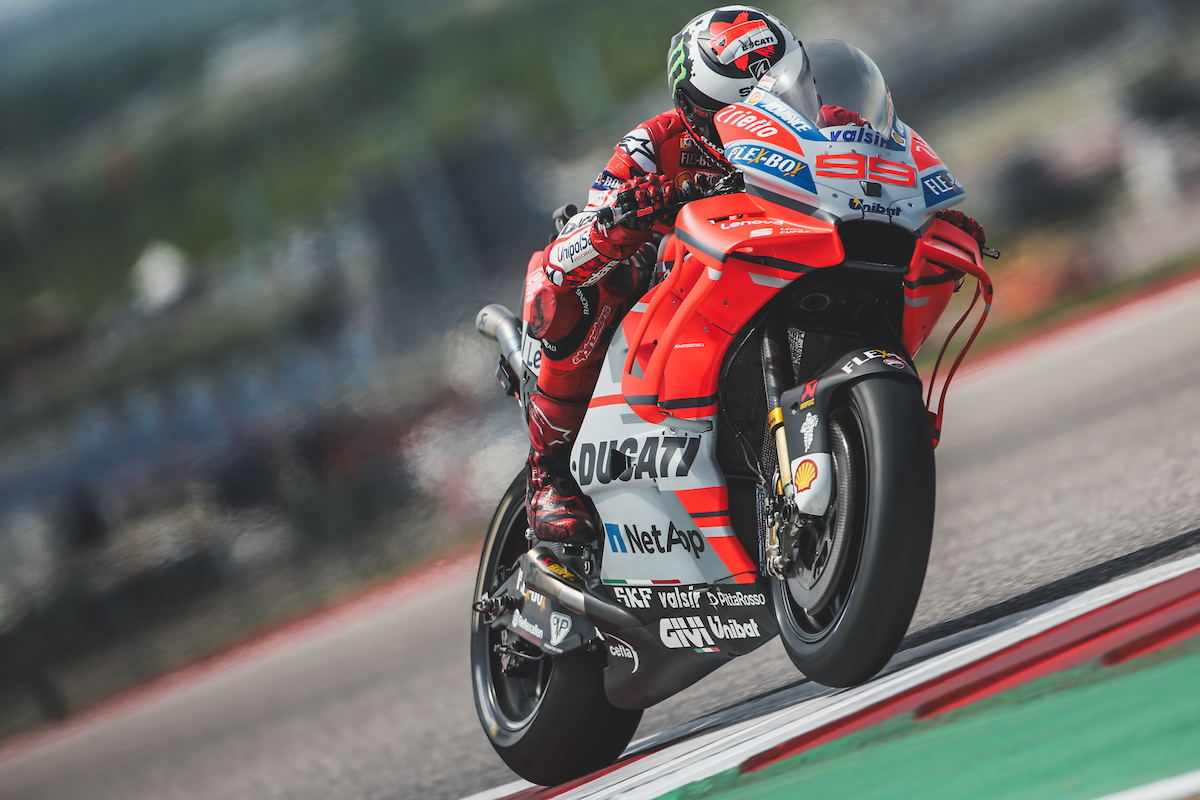 Clearly there is more at play. There have been whispers that Lorenzo’s behaviour behind closed doors has begun to tire those around him. He may have treated his mechanics to a holiday in the Dominican Republic at the close of last year, but his renowned hot-headedness in the garage isn’t endearing him to Bologna’s technicians. His relationship with Tardozzi appears strained and even technical leader Gigi Dall’Igna gave a revealing interview before Argentina. “I’m convinced if [Jorge] stays a little calmer it would lead the whole team to work better,” he told the Gazzetta Dello Sport.

Surely there is a feeling of frustration the ’18 bike hasn’t changed sufficiently to suit his needs. Last November Tardozzi had spoken of the factory’s responsibility to build a bike more in-line with an early braking, high corner speed style. Yet his potential remains largely as it was last autumn; with podiums possible, but a title charge some way off. With Ducati’s ’18 aerodynamics package placing too much strain on the front, forcing it to push mid-corner, Lorenzo has been robbed of a part that pushed him toward a string of top six finishes nine months ago – a clear source of frustration in Argentina.

And then there is his team-mate. One only needs to watch Dorna’s recent documentary on Dovizioso’s epic title brawl with Marquez to see the awe with which he is regarded within Ducati. One of Lorenzo’s principle reasons for leaving Yamaha was the realisation he would never be treated as number one when sat a little distance away from Valentino Rossi, no matter how many titles he amassed. How galling it must be to see Dovizioso continue to prosper in the face of his own repeated failings. This isn’t what he signed up for.

Which leads us to what happens next. Suzuki’s GSX-RR has one of the grid’s sweetest handling chassis – one that would surely be tailor made for Lorenzo’s graceful, laconic movements – and a much-improved motor to boot. In Alex Rins’ hands it has podium potential. Should there be no improvement in coming weeks it may just be time for the five-time champion to jump ship. To do so would be an admission that his tenure at Ducati has been a failure. But as things currently stand, Lorenzo may feel he has little choice but to gamble on another factory that appears to be on the way up.