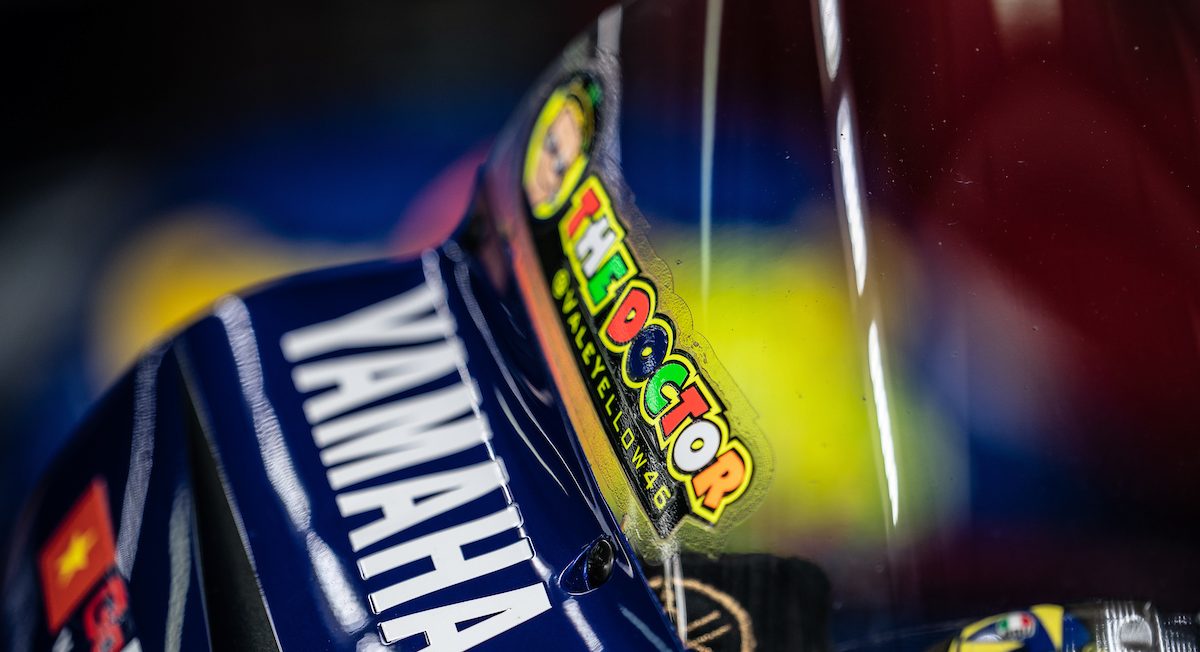 No doubt, Sunday’s MotoGP sparring match had a colossal feel about it. Soon after the clock had ticked past one, two riders of the best there have ever been engaged in one of those cat-and-mouse chases that had the 103,984 in attendance watching on from behind their fingers. That the assailants were Valentino Rossi and Marc Marquez, the location Sepang, and the date of November, 4th marking 498 days since the Italian last celebrated spraying champagne from the podium’s top step gave added oomph to what was at stake.

2018 MotoGP has produced some memorable moments, on-the-edge riding and duels that have gone all the way. But nothing can beat the grid’s two most successful athletes, who have defined the sport in their own different ways, forcing one another into raising their game. In the theatre that has, rightly or wrongly, come to define their recent careers, the mind raced with the possibilities and permutations of a showdown in the final three laps.

Yet we were to have no grandstand ending. Rossi’s fall from the lead at turn one on lap 17 put paid to that. From a sporting point of view it’s fair to say he wasn’t alone in feeling “devastated” by his unceremonious exit. Marquez was coming for him. But he knew it. And the possibility of triumphing just a week on from his teammate banishing Yamaha’s 25-race winless run would not have been relinquished lightly. “I would’ve ridden to the death,” he jokingly informed Italian reporters on Sunday afternoon. 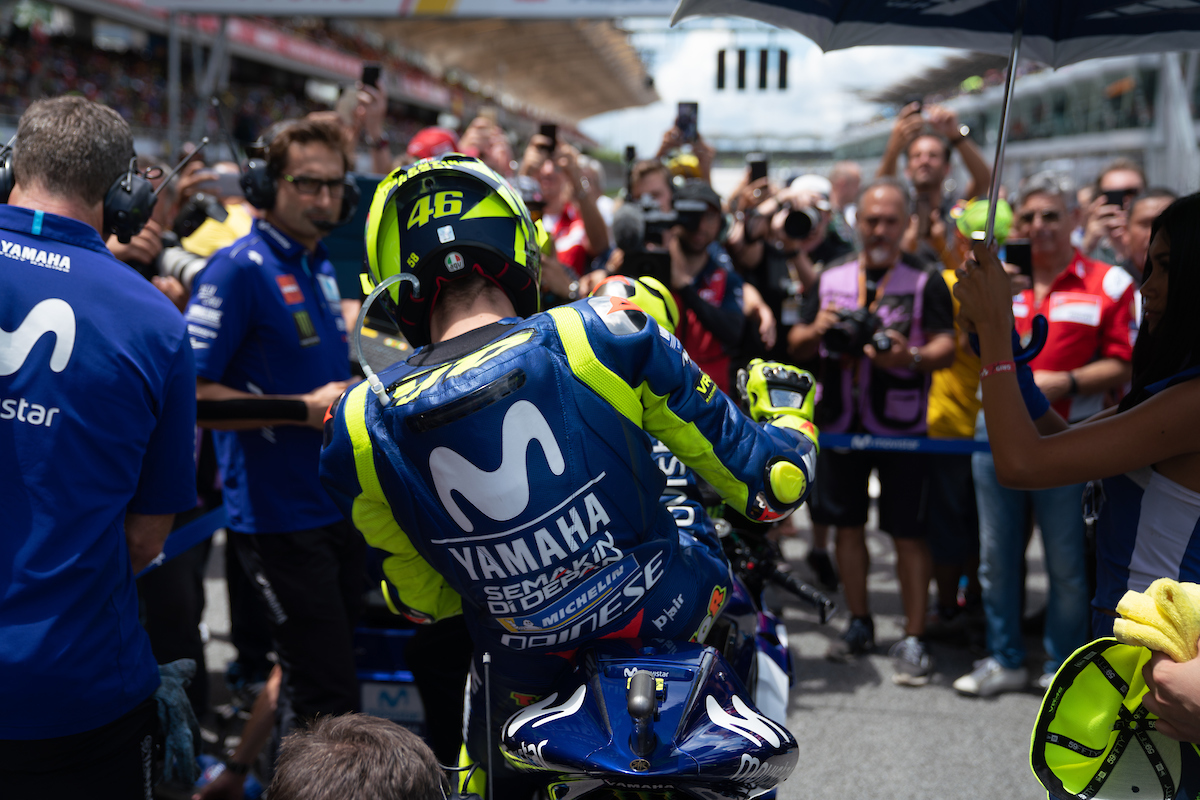 Still, it’s not as though Rossi has been alone in failing to keep Marquez at bay. In some ways this bout summed up the year: many have applied pressure, at times even standing resolute in the face of the juggernaut number 93. But, when it came down to it, the world champion prevailed. This was yet further evidence of why the 25-year old knows little else but continued success.

Interesting, then, to observe Rossi at close quarters just over an hour after he had brought a damaged M1 forlornly home 58 seconds behind the man, 14 years his junior, who had pushed him – and he had pushed – to the very limits of what was possible in 34 degree heat and 55% humidity. Emotions, he said, were bittersweet. He described this as “the worst moment” of what has been an otherwise tough season. But still, he was full of good humour and relative cheer. And that wasn’t solely because of half-brother Luca Marini’s debut win in grand prix that came before. “We lived the dream for 15 laps,” he smiled, eyes glistening, imagining what could have been.

Firstly, it cannot be overstated the brilliance of Rossi’s latest performance. Yes, he leaves Malaysia with an unwelcome ‘0’ next to his name, only his second of the year. But, in terms of guts and skill, this surely ranks alongside his last head-to-head triumph over Marquez at Montmeló, 2016. His consistency was nothing short of astonishing. There was a variation of just two tenths of a second in his times from laps two and fifteen. And all of this in conditions that have not favoured him, or Yamaha, of late. Even at 39 years of age, the nine-time champ is adding new strings to his bow, this strand of relentless regularity entirely befitting of old rival Jorge Lorenzo. 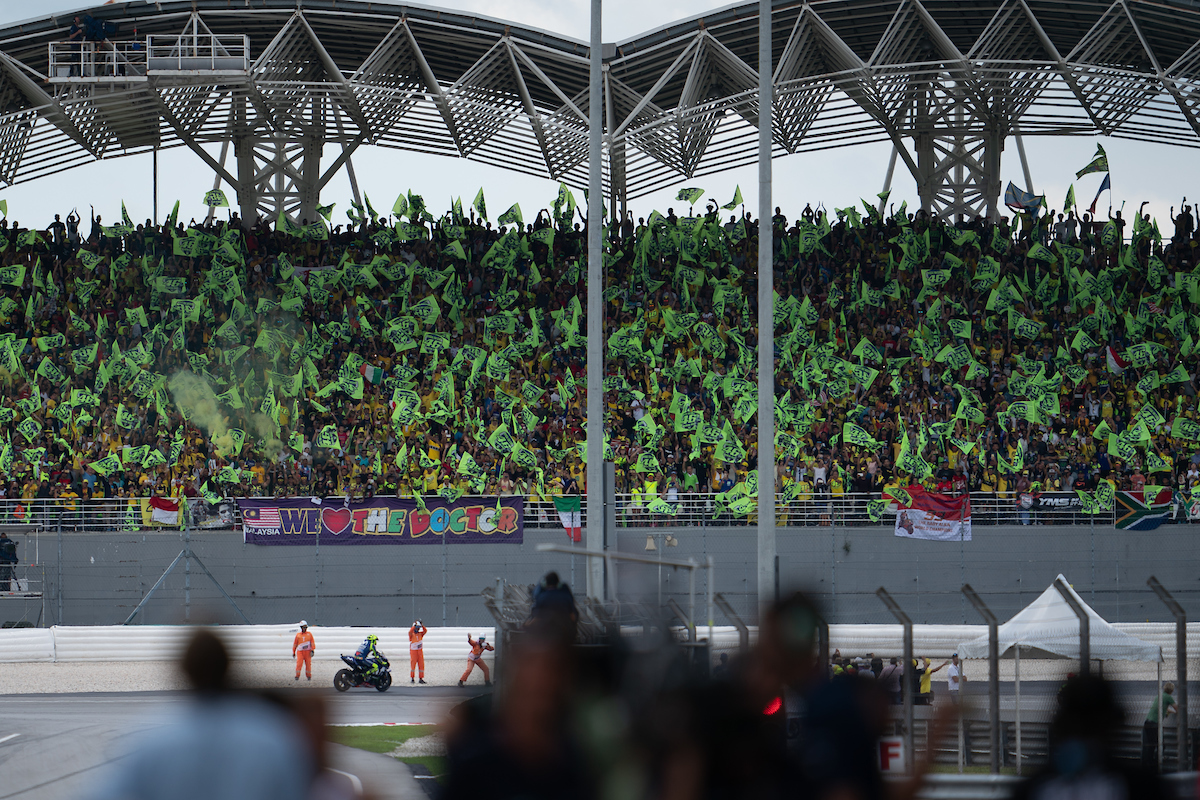 Perhaps more pressingly, it was the third race in four exhaustive flyaway rounds that Yamaha has been competitive. Even when Rossi caused howls of disbelief by losing the rear of his M1 four laps from the flag, there was back up in the form of Johann Zarco, who claimed his first podium since early May. Viñales was four seconds back in fourth. On the surface at least, Yamaha has navigated a way out of the choppiest of waters that besieged its ailing ship for much of this season, those chastening memories of Austria and Aragon still relatively fresh.

As Yamaha Racing’s Lin Jarvis told me on Saturday, “I think there has been a turning point. That was probably about the time of the Thai Grand Prix or just before. It’s not just because of the results. That’s also because of the realisation and understanding our problems, and then to come out of them. So I feel that now we are on our way out. Prior to that, we were just in the middle of it.”

What really stood out from the press conference was to hear of Marquez praising Yamaha’s punch out of Sepang’s low-speed turns. “They had amazing acceleration, amazing grip,” the world champion noted after one of his own finest rides. Odd, as this has been an area of weakness for the Iwata bikes all year, especially when temperatures were high. In Malaysia the tyre allocation was not particularly special, as it was for the inaugural Grand Prix of Thailand. There Michelin’s rear featured a more rigid construction to deal with the high speeds and ludicrous track temperatures. As Jarvis said, “the big difference in Thailand was the tyre above all else.” Yet at Sepang, the rear construction was what it had been everywhere bar Austria and Thailand. 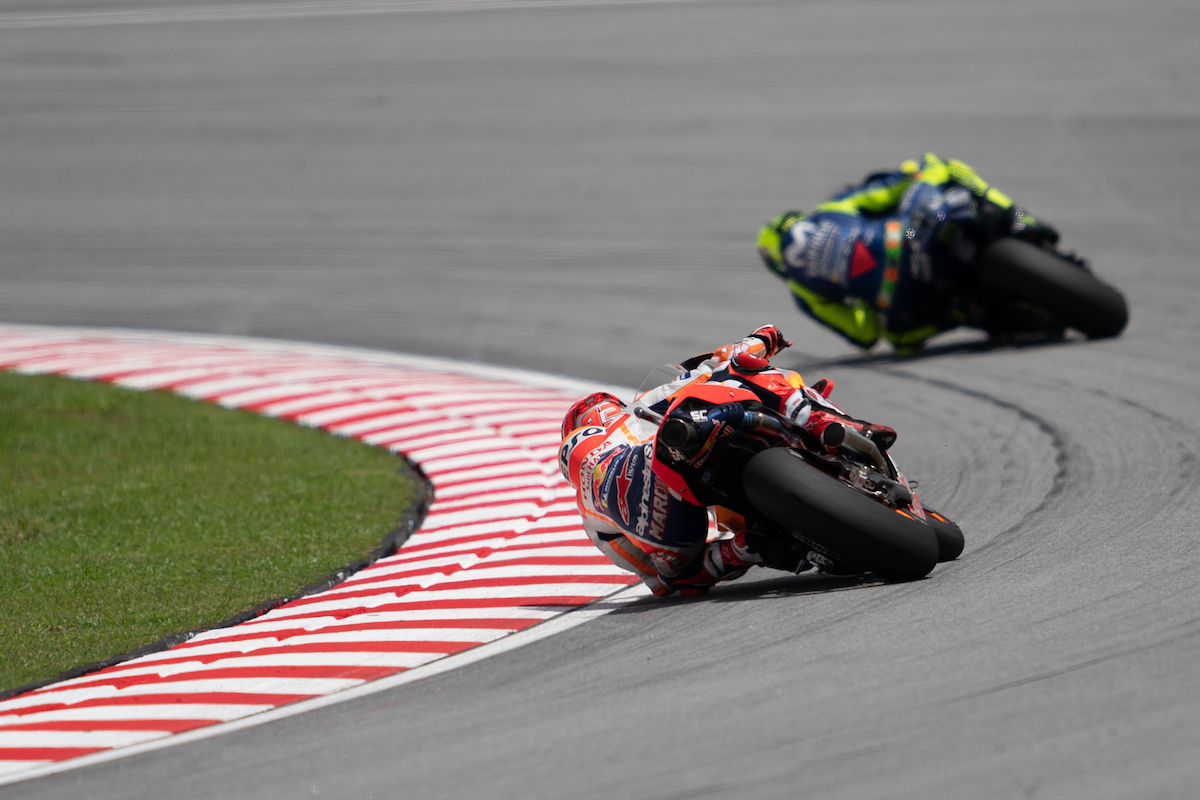 And here was Rossi still accelerating away from Marquez at points, upping his lead at one point to 1.3s, and inciting the kind of wonder and disbelief normally reserved for geriatrics running half-marathons.

Rossi was coy on what they’ve found. “We modify a lot the bike, the setting to try and make everything help the rear tyre,” he said. What they found in Malaysia was “mechanical” grip through set-up, not electronics. Electronics gains had come not long after Michele Gadda, Yamaha’s World Superbike electronics guru, and responsible for turning Ducati’s Panigale into a race winner in the past, lent a helping hand to the MotoGP programme. “In the last races we improved the electronics, like three or four races ago that helped a bit. But now it’s more mechanical,” said Rossi.

Veteran journalist Mat Oxley’s excellent blog on the same subject revealed – through crew chief Silvano Galbusera – that Rossi has vowed to focus on making soft tyres work in recent rounds, even if he prefers harder compounds. That, and sacrificing some outright performance to make the rear tyre last. “In the last part of the race we still suffer,” Rossi said on Sunday. “But one story is if you speak about the last four laps, or five laps, and [another] is if you start to have a problem in the first half of the race.”

There is the caveat that rear tyre performance didn’t drop drastically, as shown by runner up Alex Rins’ late race surge. Add in that, aside from Motegi, the latest run of tracks has historically suited the M1.

But for Rossi and Viñales it will be heartening to hear Jarvis play down the recent revival. “Motegi was not bad. Phillip Island … was a track that played to our strengths and minimised our weaknesses. Honestly, I don’t really feel major steps have taken place. I think we’ve been fortunate to go to a couple of tracks with circumstances that worked better.”

Jarvis’ assurance the factory will be upping its number of engineers both from within the factory and by recruiting from other manufacturers surely bodes well. Whether they can master the engine – the current M1’s biggest flaw – for the 2019 model remains to be seen. But Yamaha can be sure neither of its riders have been lacking in commitment or desire in the past month.

On Thursday Rossi playfully batted away questions relating to a frustrating sixth in Australia (“every time I get beaten they say I should stop. It’s cool because they’ve been saying that for ten years”) and possible retirement. Yet, even when so much of Sunday’s events centred on Marini, Francesco Bagnaia and Marco Bezzecchi, the future of Italian racing, it was the hunger of the sport’s elder statesman that shone through.