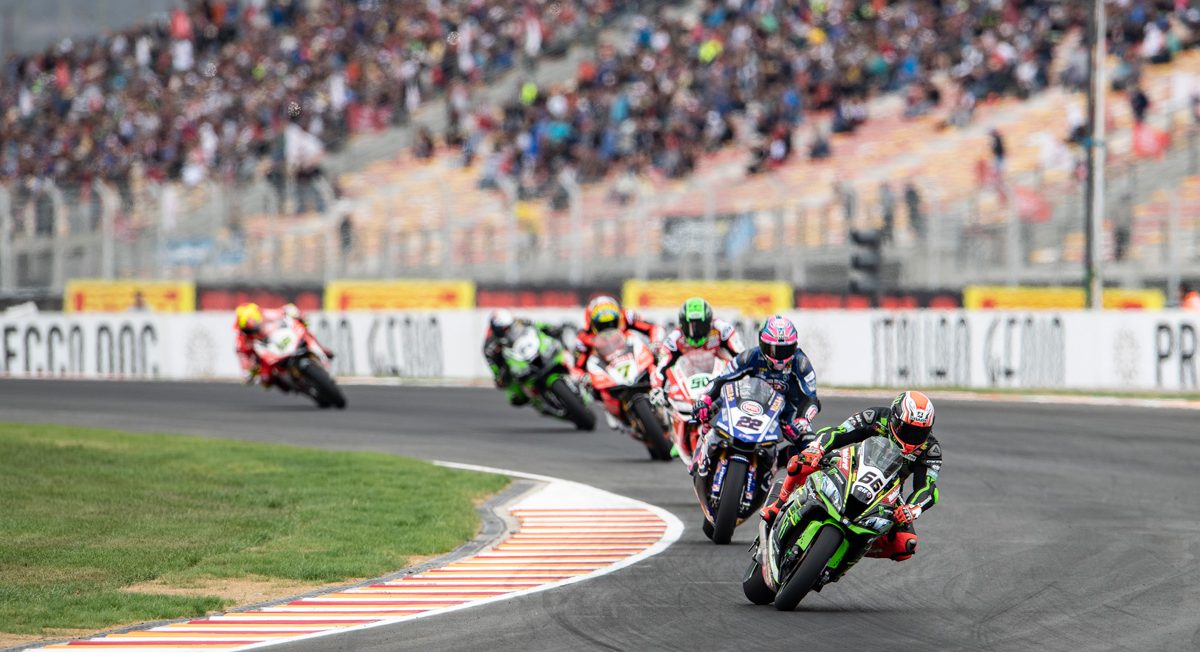 WorldSBK: The Good, the Bad and the Ugly

All good things must come to and end. Was 2018 a good thing? I guess every year that I get to photograph one of the coolest sports on the planet is a good thing. However, in the best Christmas movie tradition there is always The Good, The Bad and the Ugly.

In terms of WorldSBK it was definitely good if you wore green and your name was Jonathan Rea. With 17 race wins and a fourth consecutive World Championship in the bag, not to mention a few other records broken, there are not many superlatives that we can add when writing about the Ulsterman. For many, however, the domination of Kawasaki for another season is a bad thing.

It must be especially galling for those that rewrote the technical regulations in the winter that Kawasaki and Jonathan dominated so much. The rules had been designed to specifically rein him in and try and give the other manufacturers a chance to take the title but in the end it had the opposite effect. The Kawasaki engineers went away, did a little bit of work, and came back with a solution to the problem that ended up with the most successful winning streak in WorldSBK history. 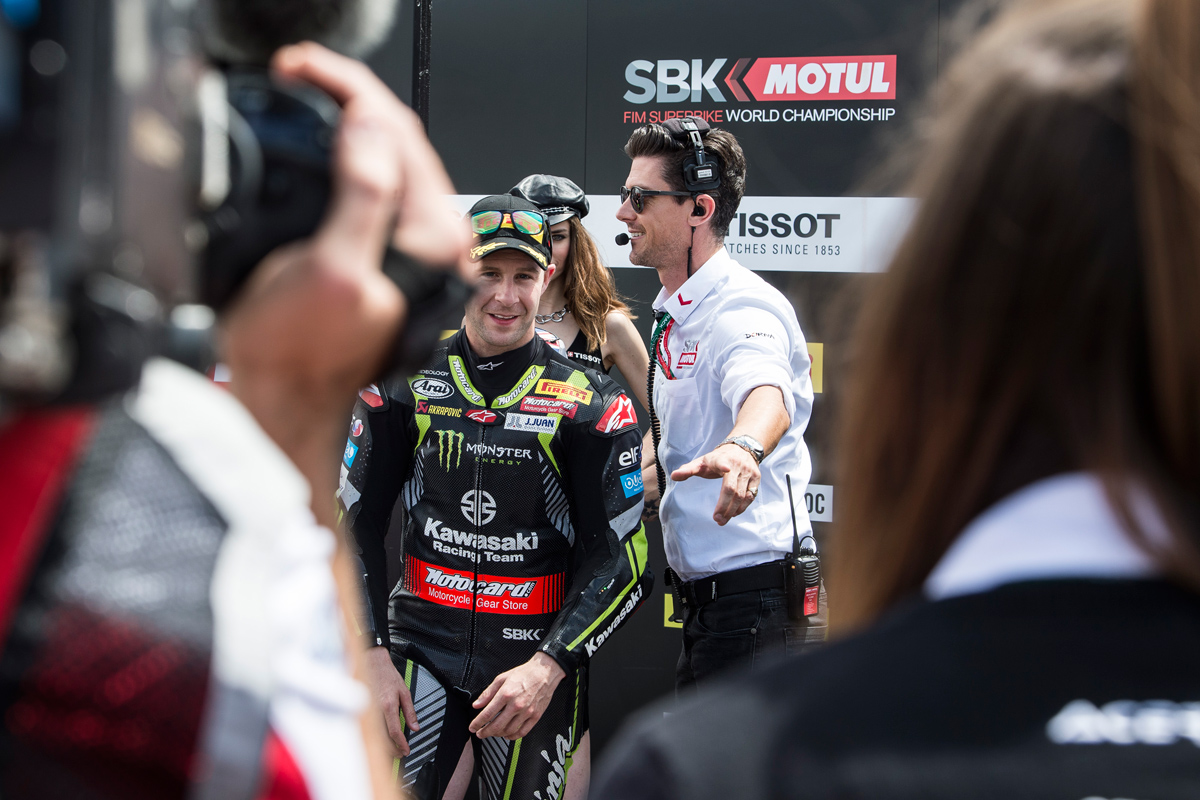 It wasn’t all bad however. One of the best things for me this year was to see Michael VD Mark and Alex Lowes take their maiden wins in the Superbike category on the Yamaha. Van Der Mark’s double at Donington was particularly impressive. He went toe-to-toe with the Kawasaki’s of Rea and Sykes and came out on top. Brno was the same for Lowes.

Yamaha have been working really hard since they came back into WorldSBK and it is starting to pay off. They are still a little step behind in the overall championship fight but you come into every race weekend now with the feeling that they are genuine contenders. My worry for 2019, however, is that Kawasaki have brought a revised ZX-10RR to the market, specifically designed to meet the development needs of the race machine, and Ducati have introduced the stunning new Panigale V4 R. I am not aware of anything ground breaking being introduced at Yamaha and I really hope they don’t get left behind.

There were other small ‘good’ things that happened in 2018. Toprak Razgatlioglu’s potential began to bear fruit with a podium at Donington and a series of strong performances in the second half of the season. Xavi Fores was a surprise performer for many on the privateer Barni Ducati, out-performing the factory riders on a number of occasions. I was also pleased to see Eugene Laverty on the podium in the second half of the season as well. Especially since his 2018 campaign got off to such a bad start. The Irishman spent a few weeks in a Thai hospital recovering from surgery on a broken pelvis following a crash at Buriram. He returned to action at Imola three races later and by Laguna Seca in June was on the podium.

The bad thing for WorldSBK is that we won’t see Fores in 2019. Ducati, in their wisdom, have chosen to favour their young pretender Michael Ruben Rinaldi. He had ridden some of the European rounds last year on a factory supported Ducati but is being moved into the Barni squad for the coming season. I see the value of promoting and nurturing young riders in the championship but if Ducati are serious about taking the manufacturers title from Kawasaki, to have a proven podium finisher in your ranks would surely be seen as an advantage. WorldSBK’s loss will the British championship’s gain as Fores moves to the factory Honda team in BSB. Ducati will, however, retain another podium finisher in their ranks as Eugene Laverty put together an 11th hour deal to ride a Panigale V4 R with the Go Eleven squad.

There were a few bad things to come out of 2018. The most notable for me is the end of the Ten Kate Honda squad. It was such a shock when the news broke at the EICMA show that they were being completely cut out of Honda’s plans. I felt this one a little personally as I have worked with Ten Kate in some form since I began my own full time journey in WorldSBK 18 years ago. It is still difficult to imagine that they won’t be around in 2019. I hope what Ronald Ten Kate said is true, that he is already working on a plan for 2020 and that next year is only a brief hiatus in their racing activities.

The EICMA show also brought a number of good and bad stories for 2019. It’s great to see BMW push their effort in the series with their new bike, a new team and two top quality riders. As I write this Tom Sykes and Markus Reiterberger will be preparing to take to the track for the first time at Almeria in Spain. This is just being used as a shakedown for the team and the riders. Shaun Muir Racing has taken over the running of the BMW effort and the plan for the two-day test in Spain is for everyone in the team to get familiar with the working of the race machines and the structure of the set-up. The real testing will begin in January at Jerez.

It is also good to see HRC return to the WorldSBK championship in the form of the Moriwaki and Althea alliance. However, things are moving slowly in getting everything up and running. It appears that the announcement at EICMA was fairly rushed. Honda had taken the decision to end their association with Ten Kate so felt they had to make an announcement as soon as possible about the future plans. At that stage there was nothing really in place and over the last few weeks there has been a lot of activity behind the scenes to get testing in Jerez and Portimao in January.

What about the ugly? If you have been reading my ramblings over the last few months I think you will be able to guess my feelings.

The way the season ended was pretty ugly. Qatar is not my favourite venue on the calendar but the weather that rolled in on Saturday, which could not have been predicted, added to my bitter taste of the event. I always remember a former colleague having a laugh about some weather drama in the UK where roads were closed and trains cancelled. He felt it was good to be reminded that Mother Nature was still in charge. 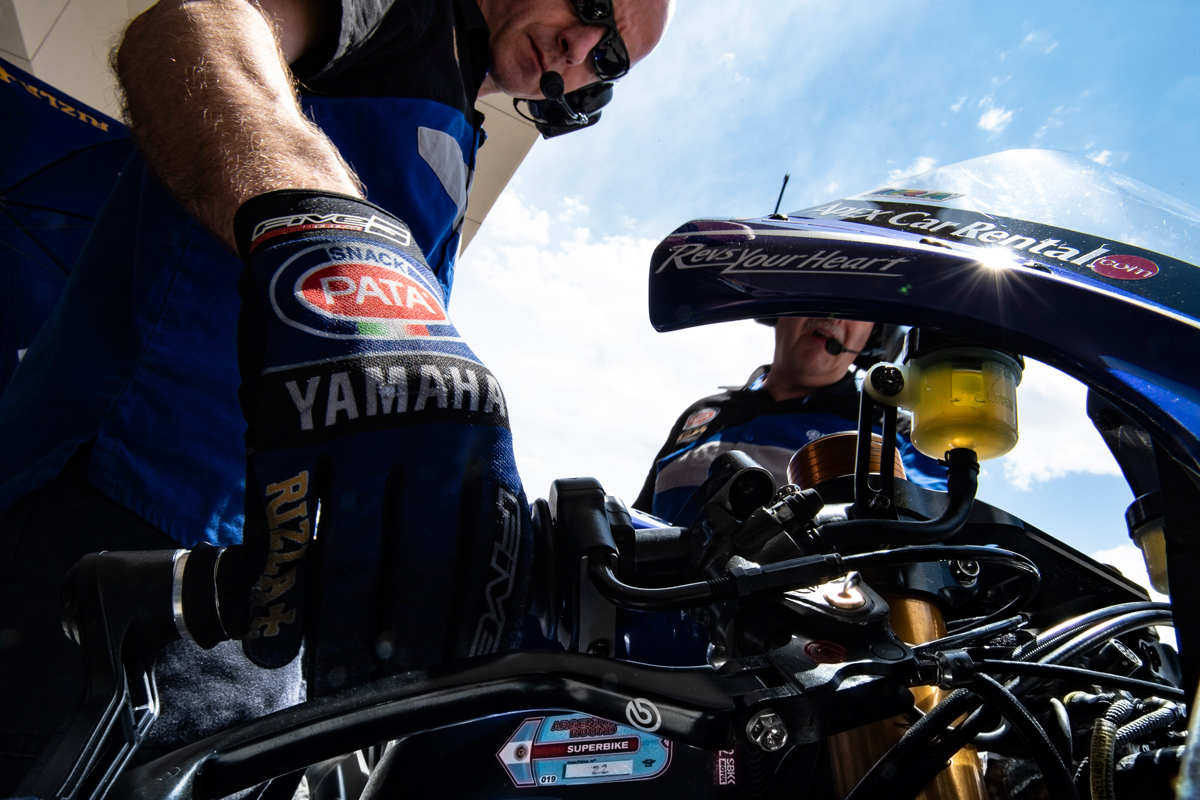 It was the second time in the year that extreme weather had disrupted an event for me. At the Suzuka 8Hr we had the typhoon on Saturday night that meant much of the events surrounding the race were cancelled. We were instructed to leave the track by 7pm and go straight to our hotels. The aftermath of the storm disrupted the race with long safety car periods but at least the crowd turned up and the WEC championship celebrations went off in impressive fashion. The scene on Saturday night at Losail was pretty depressing as a handful of team mechanics were the only people on hand as the championship trophies were handed out.

With 2018 now behind us it is time to focus, if you pardon the pun, on 2019. With that in mind I had to make a last minute change to my Santa list. I have added a new abacus to the list to help me work out the points system and grid positions for the races in 2019.

It only leaves me to wish everyone a very Merry Christmas and healthy and prosperous 2019.