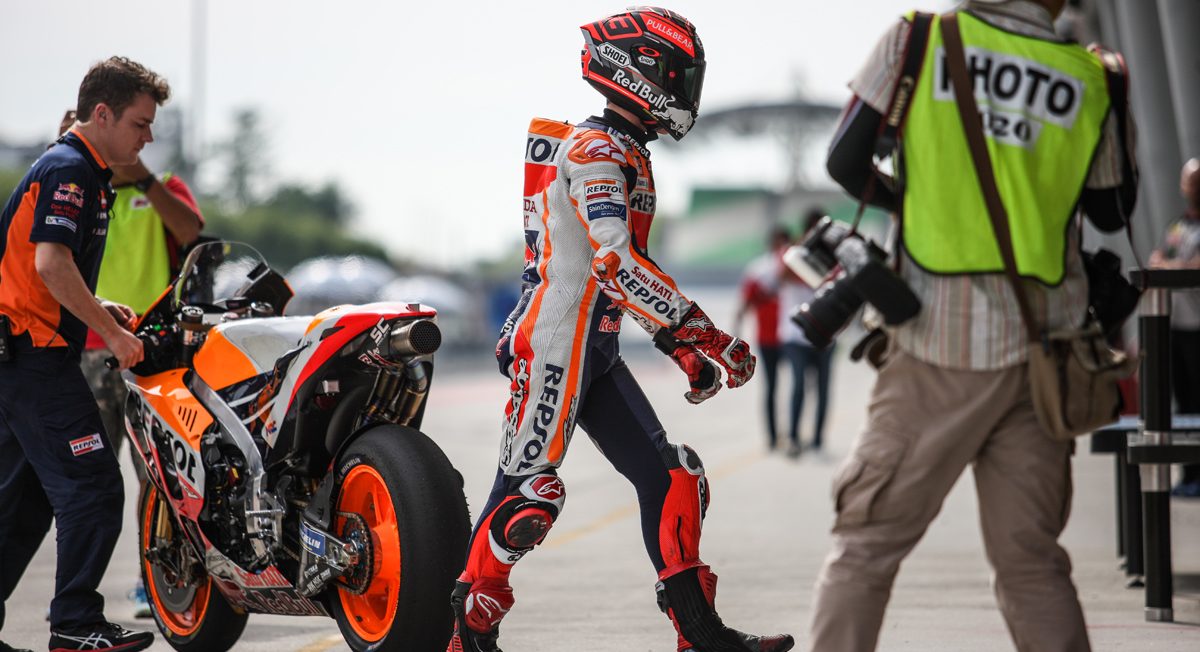 There was a lovely symmetry of events on Sunday. Cal Crutchlow’s composed, brilliantly judged win was Honda’s 750th across all grand prix classes. Fitting the achievement should come in Argentina, the country in which the factory crowned 1961, its first championship year, with Tom Phillis leading five RC144s across the line in the 125cc class, a result that not only sealed his only grand prix title, but complimented the manufacturer’s earlier success in the 250cc category.

As both Phillis and Crutchlow could attest, the Grand Prix of Argentina is no stranger to controversy. Just as the Australian’s only grand prix title will forever be mentioned in the same breath as Ernst Degner’s dramatic defection from East Germany and local manufacturer MZ – an act which ultimately led to his absence from the Argentinean grid in October 56 years ago -, Crutchlow has unjustly had to watch his third premier class triumph play second fiddle to headlines that have a tiresome similarity to those printed in 2015. 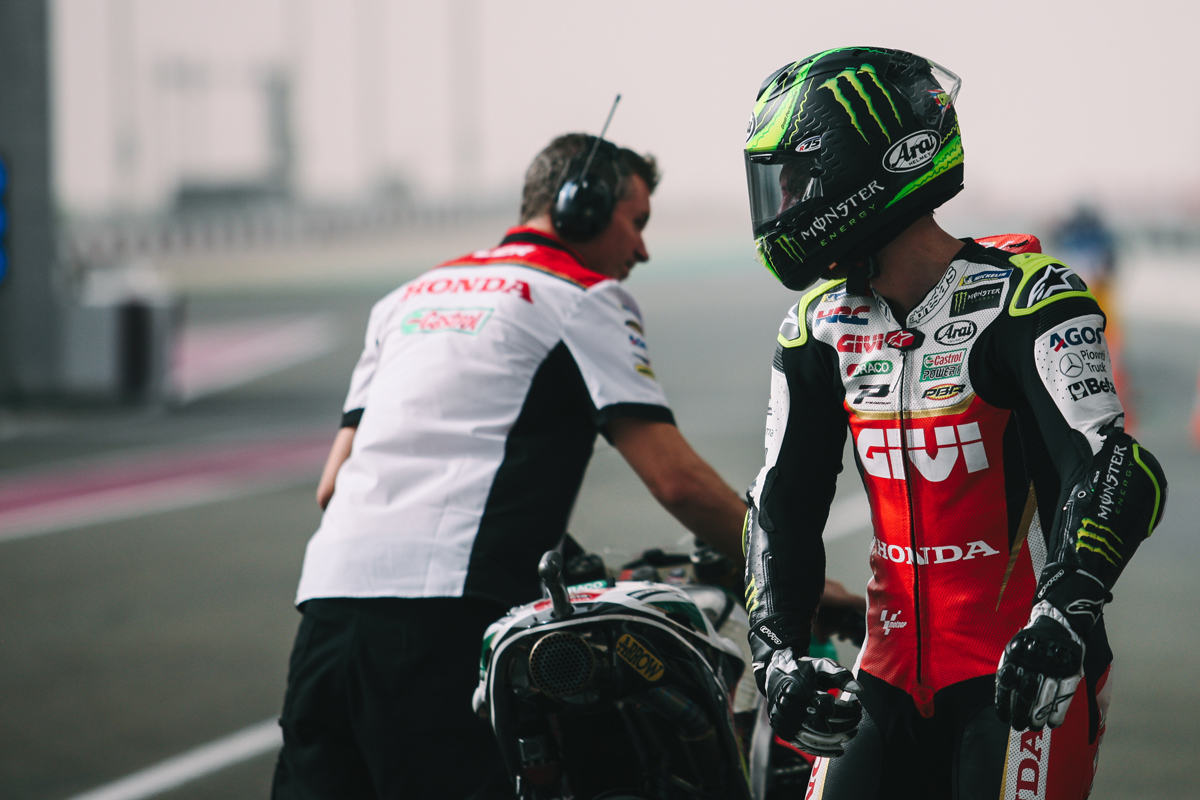 It’s fair to say on Saturday evening few could have foreseen the drama that awaited on race day, least of all Marc Marquez. At that point, a first victory of the year for the reigning world champion was almost a formality. For he hadn’t just led three of the weekend’s four practice sessions; he had dominated them, slip-sliding his Honda RC213V around the low-grip track to devastating effect in only the way he knows how. Only Crutchlow – and, at times, team-mate Dani Pedrosa – could get close.

Thus it must have come as quite a shock when it all started to unravel on Sunday. First, there was his bike stopping on the line, a catalyst for commotion. The ride-through penalty that followed should have come as no great surprise, even if he later claimed it had. And then there were the moves – all 16 of them – as he steam-rolled a path through the field, picking off and bashing into riders at will, mounting a recovery from 19th to fifth, a fight-back worthy of Rossi in his pomp – only with more grazed carbon fibre and scuffed leather in his wake. 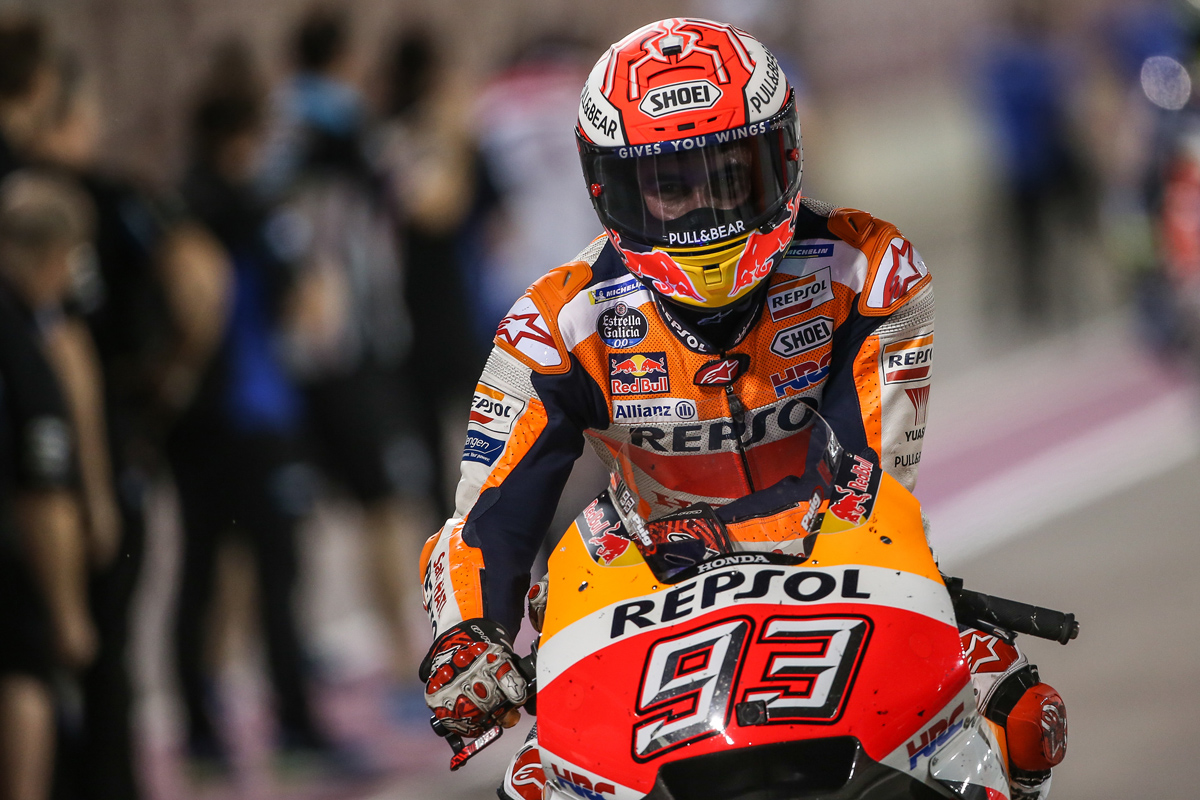 Clearly somewhere in this chaotic chronology, Marquez had lost his cool. So keen was he to express his superiority over the field that the basic rules of engagement were thrown to one side. As ex-rider Sete Gibernau noted, motorcycle racing is not a contact sport, and while exceptions can be made for the rough and tumble of the fight, the list of scrapes Marquez was totting up soon began to border on the absurd.

Not heeding the warning of banging into Aleix Espargaro’s side at turn 13 on lap nine, there were further aggressive moves on fellow-Honda men Thomas Luthi and Franco Morbidelli. Bradley Smith and Tito Rabat felt minor touches as the #93 blitzed by in a flash, and the lunge on Rossi that would ultimately warrant a 30-second penalty, sealed his fate.

Don’t get me wrong: it was spectacular, breathless stuff, an exhibition of on-the-edge riding and a demonstration of superiority over those around him that few riders in history could muster. Yet it was one that appeared to overrun the part of Marquez’s brain that has so effectively weighed up risk in recent years. This was more the oft-sanctioned rider we regularly saw through 2011 and 2012, his brilliant yet chaotic years in Moto2, rather than the cool, thinking head which had opted out of following Jack Miller’s lead a day before, when both men found themselves skating around a wet-but-drying track on slicks.

Riders are not there on track to be ridden into. To do so repeatedly was, as Yamaha’s managing director Lin Jarvis rightly pointed out, “a total lack of respect.” There was too much testosterone in this display, too much swagger. Moto3 challenger Jorge Martin had proven earlier in the day that mounting a stirring comeback from outside the points could be achieved with the minimum of fuss. And Marquez’s moves on Espargaro and Rossi at turn 13 were carelessly opportunistic at best, dangerous at worst.

It brought to mind the Formula 1 Monaco Grand Prix in 1988. So far ahead of sworn rival Alain Prost, Ayrton Senna was repeatedly relayed messages by his team to ease up. Intent on demoralising his team-mate those warnings went unheeded and the Brazilian threw away a 55-second lead, crashing out with eleven laps to play. “He never wanted to beat me,” Prost later said. “He wanted to humiliate me. That was his weakness.” Here Marquez was attempting to write another paragraph in the annals of his legendary racing repertoire and dispirit title rivals Andrea Dovizioso, Rossi and Maverick Viñales while he was at it. The problem was amid the crazed chaos he forgot the very basics of racing etiquette.

Although in my view he was fortunate to have not received a black flag after the Rossi clash, not all the fallout was justified. As Marquez pointed out, Zarco’s move on Dani Pedrosa has potentially more serious consequences, with the diminutive Spaniard undergoing surgery on a fractured right wrist. Espargaro the elder felt Marquez’s punishment was fair, but noted Danilo Petrucci’s was deserving of something stronger after a similar move. Both satellite riders share a similar reputation to Marquez as tough, no-nonsense passers. Yet the din of fury directed at both those names was notable by its absence. 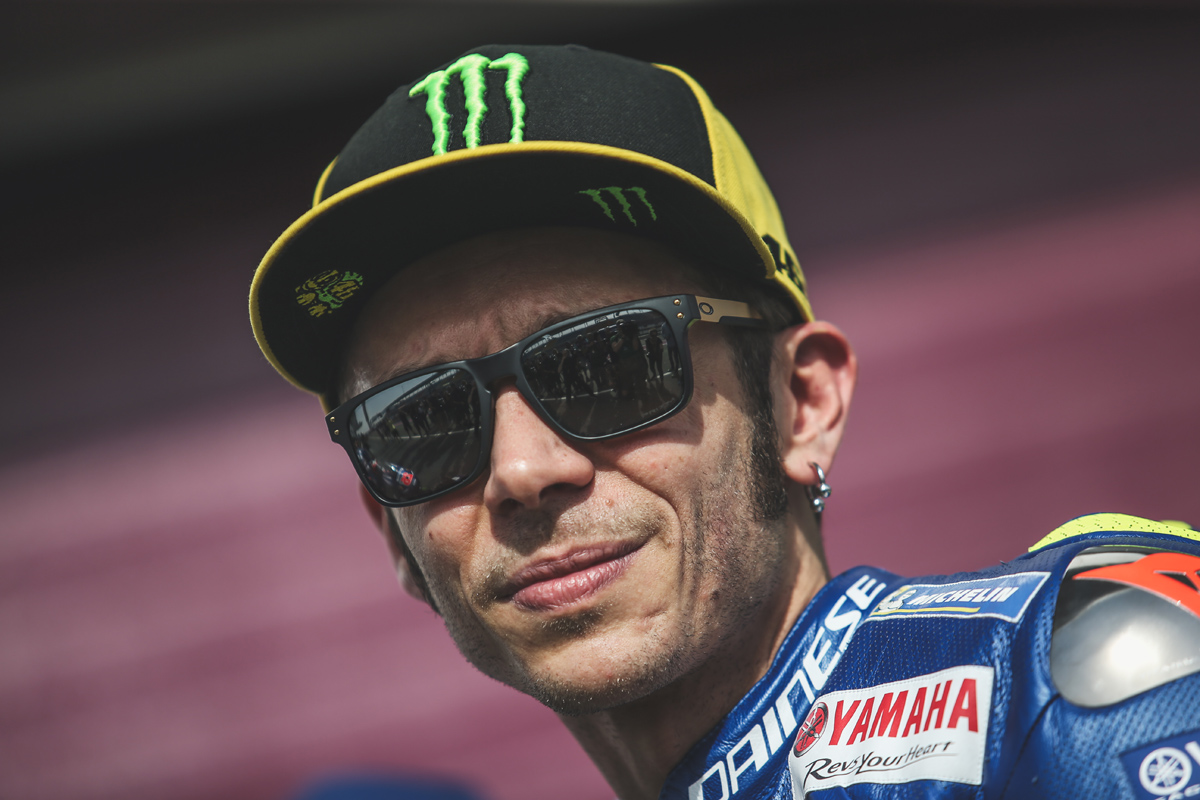 I guess there was a crucial difference, however. Here Marquez was totting up offences as quickly as a terrified teenager runs over traffic cones in a driving test. He had so much in hand on the riders directly ahead, an attack could have come where he pleased. While some of Rossi’s verbal attack that came later that evening verged on the ridiculous (did he really lament Marquez for offering apologies in his garage in front of the TV cameras rather than his office, when most of us present can still remember the events at Jerez, 2011?) he was right to posit, “I saw on the pit board he go one-second faster than me. I was not strong today. So why didn’t he overtake me in the next corner?”

One must ask whether race direction could have acted sooner on this. Marquez was already on shaky ground after the start-line incident. Upon seeing that his aggression had gone unchecked after the Espargaro incident, each questionable move should have been considered and possibly punished from there.

But calls for further penalties from here seem a bit much. It suits both Rossi and Yamaha to build this up to more than it is, and the mind-numbing backlash that comes on social media can never be a trusted barometre of reason. There would be no harm in race direction reminding Marquez that contact can only be excused on occasion, and that his means of passing in future sessions and races will be monitored closer than before.

Marquez has experience of shrugging off paddock indignation in the past. Don’t expect this furore to affect his speed in the coming rounds. But just as he maturely considered the consequence of his actions in Saturday’s dramatic Q2 shootout, the six-time champ must also reflect on why those carefully taught means of checking his natural impulses deserted him on Sunday afternoon.