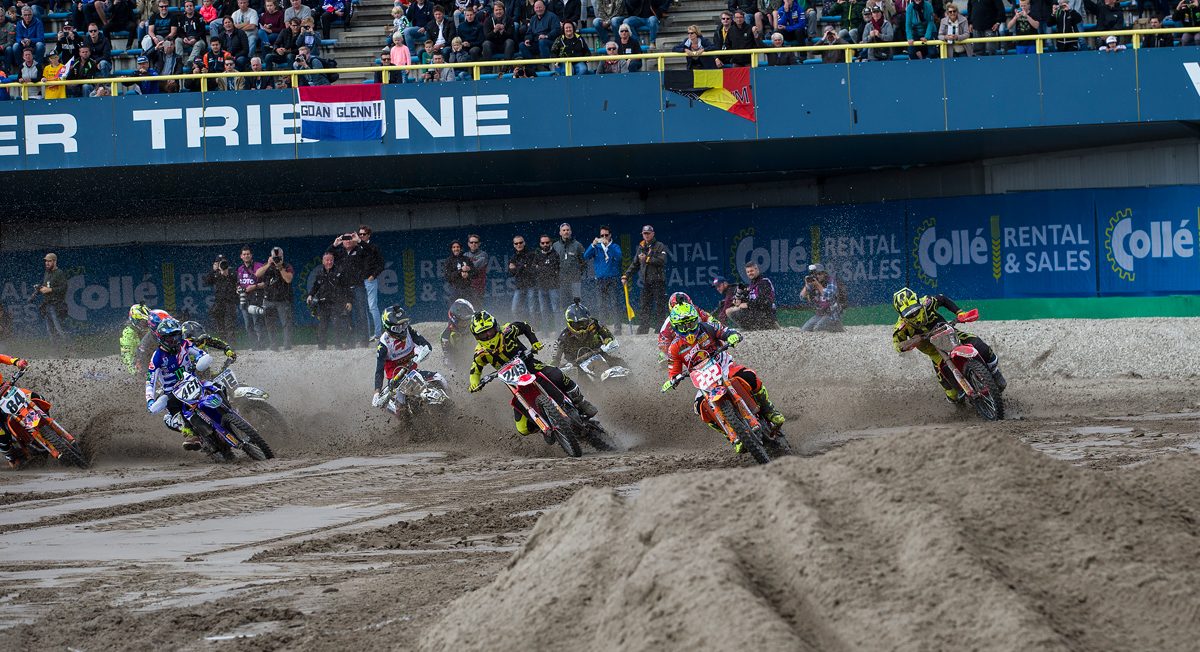 Three years hosting the Dutch Grand Prix of the FIM Motocross World Championship at the historic TT Circuit Assen has emboldened the organisers, LDP International, to pitch for the 2019 Motocross of Nations and the first time the annual flagship event will be staged in the Netherlands since 2004 (Lierop).

Lee van Dam, Director of LDP, says the agreement to secure the 72 year old contest is a matter of weeks away. “We discussed it for 2018 but the decision did not come in time from the government as we require a big investment,” the Dutchman says. “For 2019 this looks OK and we expect final approval in the next two-three weeks; signs from the City of Assen, the local government and the state government are positive so we don’t expect any problems.”

Decent crowd attendance at Assen and the burgeoning profile of Red Bull KTM’s Jeffrey Herlings, who leads the MXGP standings and has won four from five rounds in 2018, have been important factors in the Nations returning to Dutch sand. “Absolutely right,” says Van Dam. “Jeffrey’s success for sure helps. It took some time to show people what motocross is and we expected more crowds immediately but we see business-to-business is improving and for the Nations we already have many requests. We think it will be a good one.” 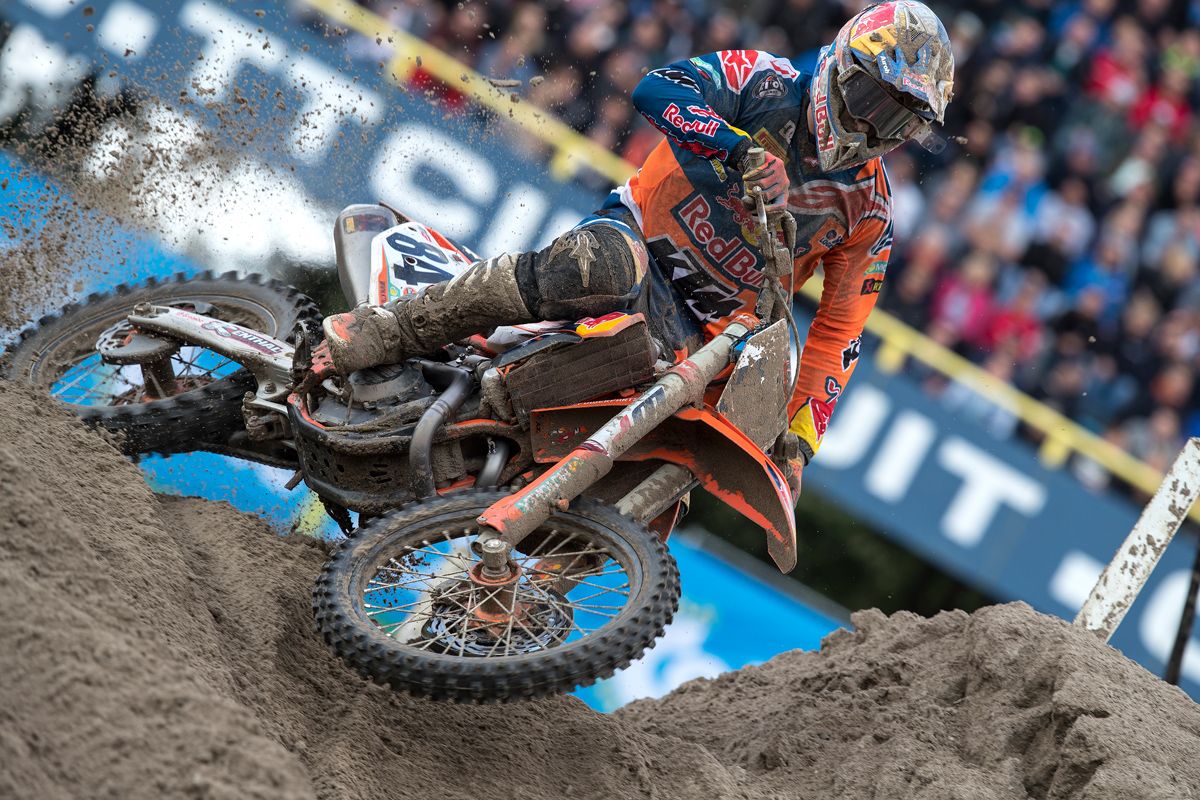 Construction of the MXGP course at Assen has meant a similar build and layout through the three editions from 2015 to 2017 and with the fourth Grand Prix set for September 15-16. It requires a large importation of sand and complicated placement across the Geert Timmer chicane and half of the famous start-finish straight and pitlane. There are rumours that the Nations track would involve subsequent alterations compared to MXGP but Van Dam could not confirm the speculation. “The request was for something a little different but we don’t have too many options here,” he said, pointing at the paddock complex while speaking at the recent round of WorldSBK at the facility. “We have to cross through the buildings and the paddock because the start straight is too long but I do think we need more sand and to change the track a little bit.”

This September Assen will close up to Losail as the longest-serving permanent motorsport venue on the MXGP trail (the Qatar site staged Grands Prix from 2013-2017). Van Dam believes motocross has a place in such surroundings; the Imola circuit will stage their inaugural MXGP event a week after the Dutch stop. Donington Park, Franciacorta and Zolder are other road racing infrastructure that have entertained the ‘MXoN’ this century. 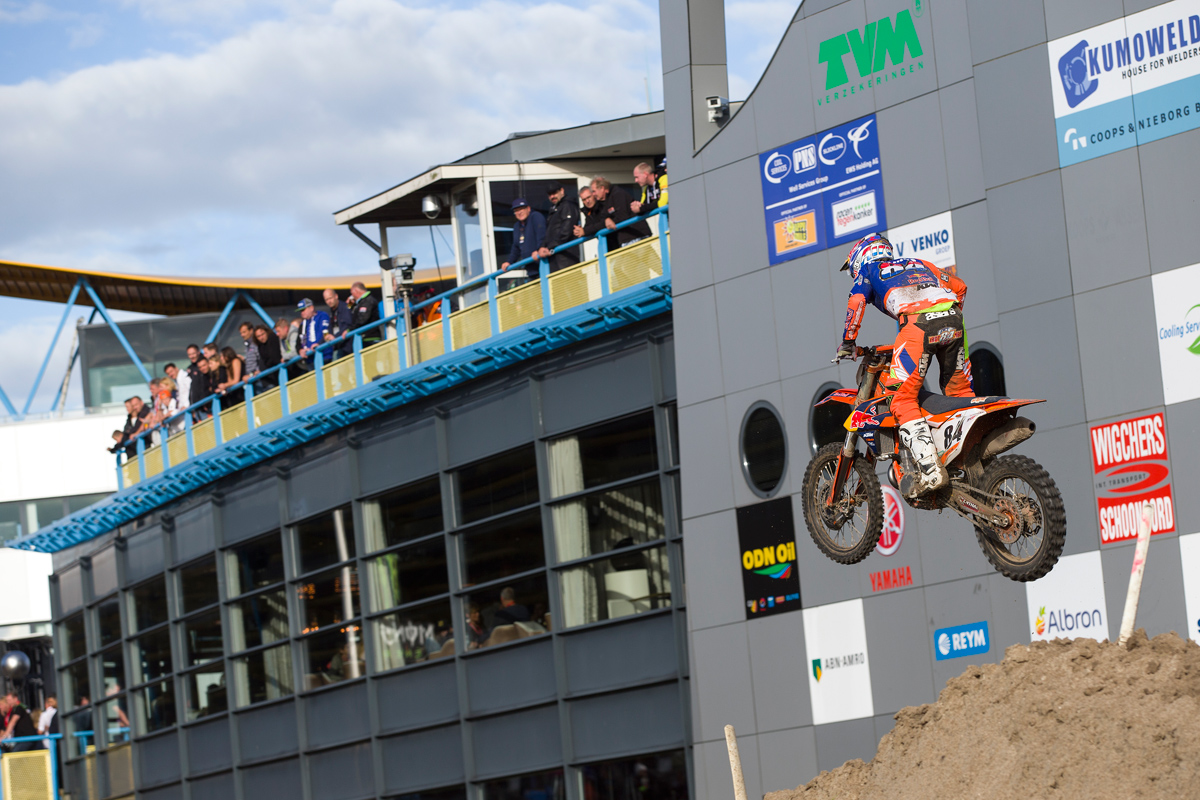 “Building a [motocross] track here is like a dream…but it happened,” Van Dam says. “We do a lot of publicity and work on this event. We think, in a way, this is the future of motocross, and to not be stuck in the mud with your sponsors. We have all the facilities here. I think motocross needs to look for similar places to show this fantastic motorsport to more public. Here, we are lucky because we have all the pit lounges with the companies, banks and other big sponsors; people were not aware of this beautiful sport but now they are very happy and consider motocross one of the major events at Assen during the year.”

The Dutch team have finished as runners-up at the last two incarnations of the Motocross of Nations. Pre-sales for the 2018 edition at RedBud in the United States have broken all previous figures. Assen is the only circuit to have been present in every single FIM Motorcycle World Championship Grand Prix year since 1949.