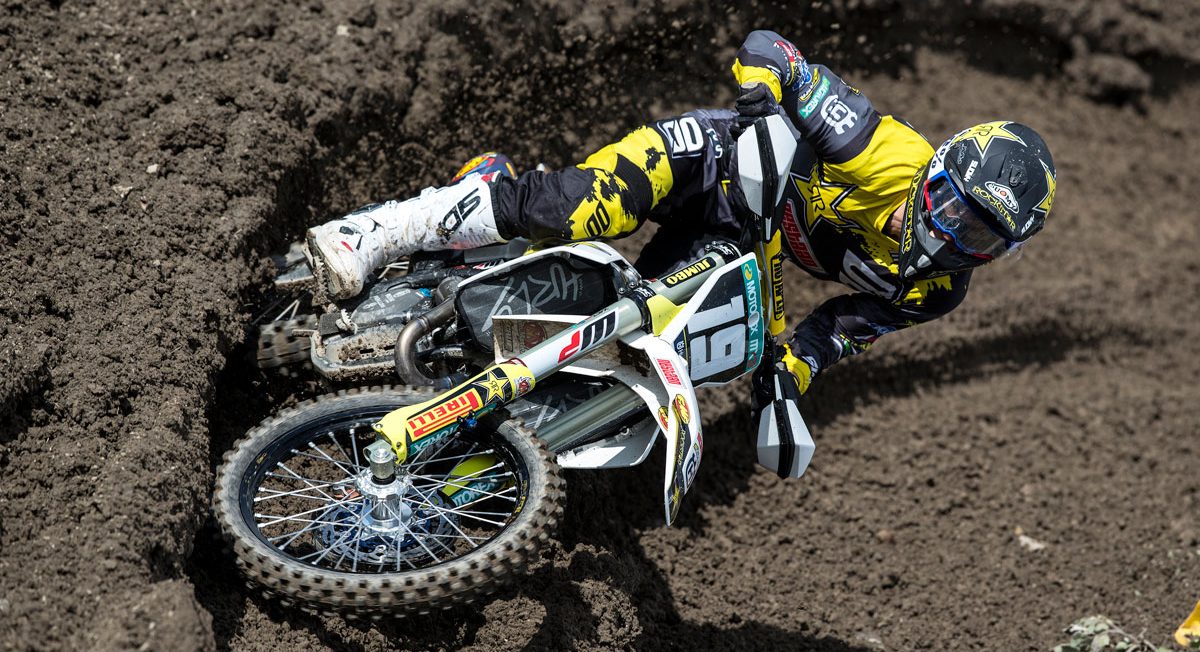 The Rockstar Energy Husqvarna MX2 team have completed initial testing with a new-look infrastructure for 2020 and the revised version of the FC250; the motorcycle that the Belgium-based crew hope will bring the first FIM Motocross World Championship to the marque this century.

After diverging from the control of former racer Jacky Martens, the fresh incarnation of the factory squad is now owned by Nestaan-MX and Kay Hennekens and helmed by ex-Grand Prix rider Rasmus Jorgensen. The Dane had been looking after the riders’ programmes in the old organisation and he will oversee the general operation that will field Thomas Kjer Olsen and Jed Beaton again in the MX2 class. “In the past I was working with the riders for the physical training and coaching on the bike and with the new role and title it is obviously going to be a bit different,” Jorgensen said. “It will be busier because I will still want to go to the practice tracks and work closely with the riders: that’s something that’s worked well in the past and it’s not something I want to let go-of.”

The team have already tested with Beaton. The Australian’s season, his first on the white bikes, was disrupted by injury and the hangover of his massive smash in 2018. “2019 has been really difficult for Jed and not many know how bad things have been,” Jorgensen explained. “He’s not been healthy at one point or at one single race. He always had something bugging him with the leg and the feet. He is finally back, healthy and has been riding a bit and looking better than at any time this year. He needed to go back home and give his body a good six weeks rest in Australia: he didn’t know how much he needed that. It’s the first big step towards a successful season next year. We want to get him as comfortable as possible for when he comes back in November. It’s important that he leaves Europe with a really good feeling on the bike. We don’t need a reminder of what Jed can do because he was such a hot prospect in the paddock last year and was fifth in the standings in his first season and was consistent. That’s what he needs to get back to.”

Poor weather in the region delayed tests with Kjer Olsen. The Dane is automatically the 2020 MX2 championship ‘shoe-in’ after finishing 3rd, 3rd and 2nd in his three terms so far in the competition and with the new campaign representing his last on a 250. “Obviously Thomas needs to go for it,” says Jorgensen. “Not that he didn’t this year but – on paper – he is definitely the favourite, having finished second. He is also aware of all these young guys like Tom [Vialle], Jago [Geerts] and Maxime [Renaux] will do everything they can to step it up again so he just needs to do what he has been these last years: get as ready as he can and try as hard as he can.”

The team are based close to their old workshop in Lommel. “Just on the other side of the race track,” says Jorgensen “and in an older building where we saw a lot of opportunities. We’ve had people working on it and now it’s ready to move in. Obviously with a big operation like this there are a lot of parts coming in and we want to do everything correctly with the right system and it takes time to organise. We have sprinter vans already done and everything fixed to carry on doing what we are doing.”