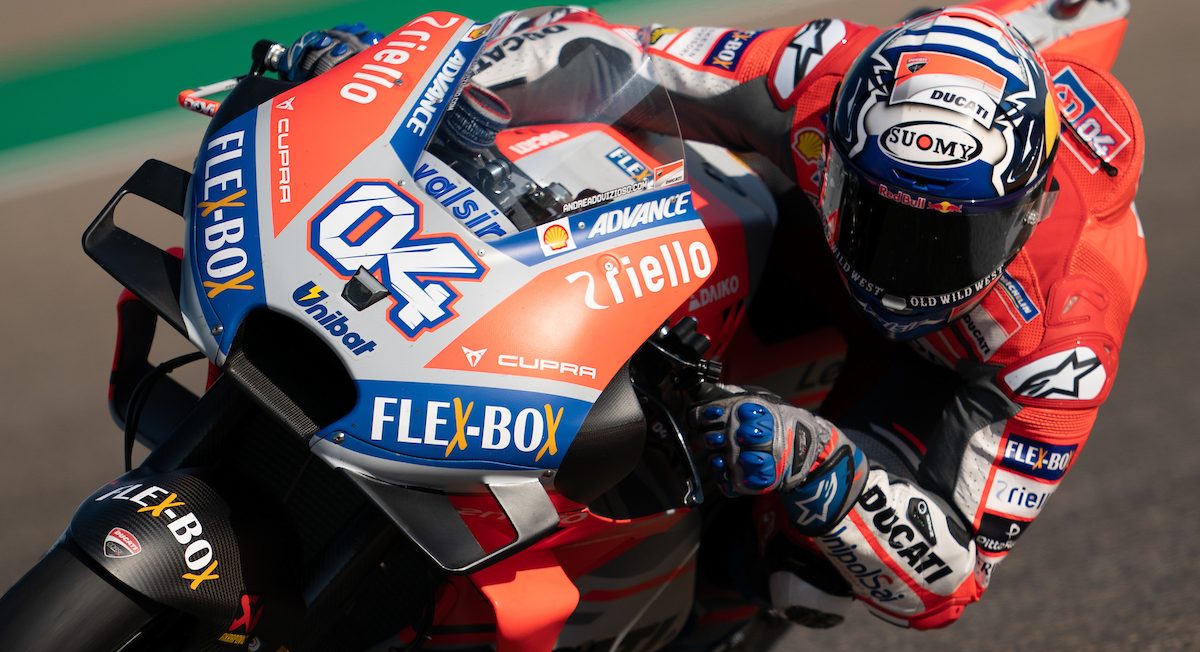 All the pieces matter

Why Andrea Dovizioso's form is no temporary flash
26th September 2018

On a day when his principle title rival, seven years his junior, all-but-secured a third straight premier class crown, the reaction of Andrea Dovizioso to losing out on victory by less than a second may have surprised some. As quietly competitive as they come, there were few signs of concealed anger or frustration that accompany late defeat in parc fermé or his dealings with the press that followed another humdinger of a MotoGP encounter.

Instead Dovizioso insisted this performance was nothing but a positive – or “very, very positive” to borrow his words. Yes, Marc Marquez’s new lead of 72 points appears “impossible” to overturn with just 125 left in play. But take away Casey Stoner’s monumental triumph in 2010, and Jorge Lorenzo’s podium here a year ago aside, and Aragon has never been a track the men in red have relished attacking.

Nor has it been a source of considerable joy for Dovizioso. A single third place was his best showing here, while a record of one fifth place, a seventh, eighth, eleventh and three DNFs reveal that the Italian and his late-braking style could never exact the very best from his package around the undulating twists that make up Sectors One and Two here, no the long, arcing lefts in sector three that Marquez attacks with such glee.

But here, Dovizioso began the race as the favourite. He led 18 of the 23 laps, posted the quickest time, and arguably made the reigning world champion work harder than he had to in any of his three previous top class victories here. That’s some going. And yet more evidence of how far Ducati has come. “What happened this weekend is very, very important,” he said. “[Even] More than Misano.” Aragon can now be added to a list containing Jerez, the Sachsenring and Misano as venues Ducati riders no longer have to fear. As Marquez has been saying for some time: “they are fast everywhere, [at] every track.” 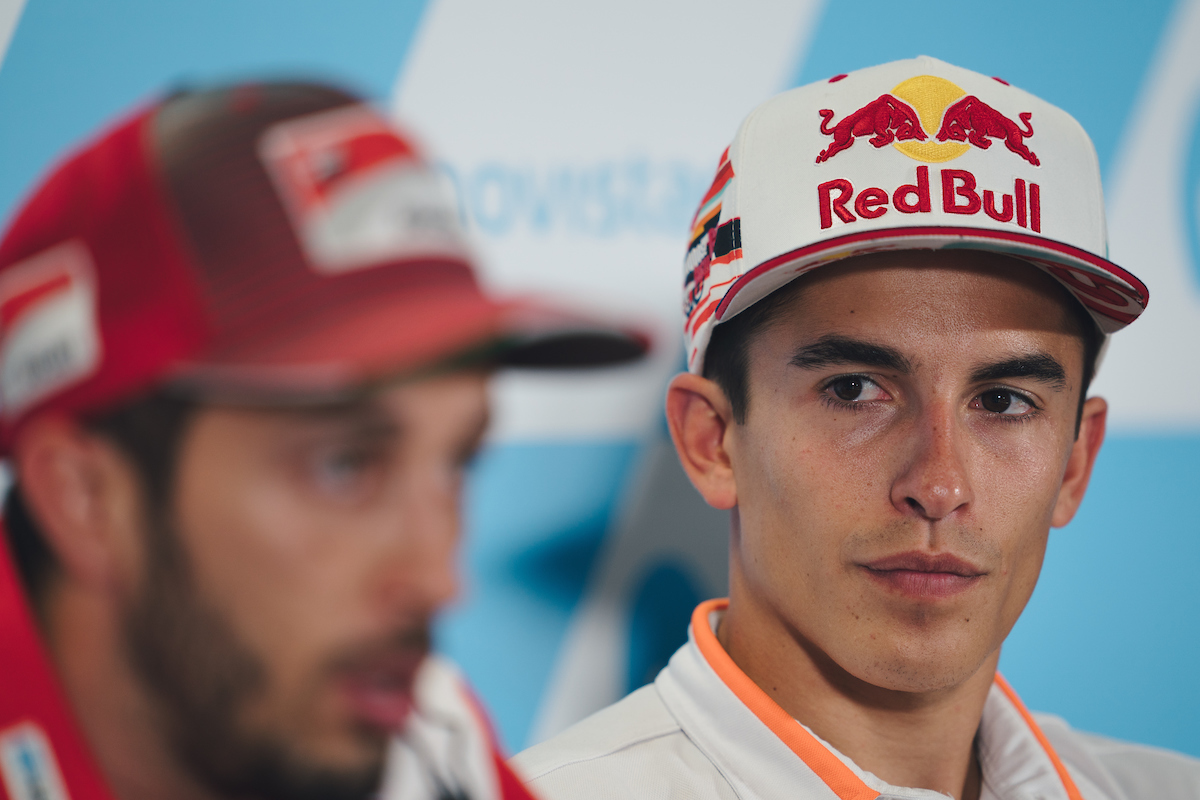 The stats bear that out. On the podium – and no more than 1.6s off the race win – at each of the past four tracks, Dovizioso has witnessed Ducati taking three straight poles, and three straight qualifying 1-2s for the first time in premier class history. So much talk at Aragon centred around the current incarnation of the Desmosedici being the best bike on the grid; and by quite some way.

“They’re on a different planet now,” noted Cal Crutchlow on Friday. “In the drive area they are very, very strong,” said Marquez, still catching his breath after decisively overhauling the lead Ducati three laps from the flag and expertly defending from there. “Especially when the tyre is new. They are always on the front row and the pole position because they are using a lot of torque and they are able to use this to the wheel and push in a good way.”

Those turning issues that have plagued Desmosedicis since Dovizioso’s arrival in 2013? Well, while not perfect, just observe how often he could live with Marquez through the serpentine stretch from turns one to seven. This year’s race time was 17.6s quicker than his effort at this track a year ago – which roughly equates to gains of three quarters of second per lap.

And it’s not just that. There is a feeling in Ducati that the second half of this year is acting as a springboard for a full-scale assault on the world title in 2019. Then, with Lorenzo out of the way, Dovizioso, unquestionably running as the factory’s #1, can best pose Marquez a fight in the title race. There is still considerable frustration at missing out this year, of course. Had he collected three podiums at Jerez, Le Mans and Montmeló we’d be forecasting another likely Showdown at Valencia this November.

But a pragmatist until the very end, Dovizioso must have known deep down this year’s chances of reeling Marquez back in were buried in the gravel, along with chunks of red carbon fibre, on the outside of turn five at the Circuit of Catalunya. It was soon after this, when all appeared lost and the world was toasting a second straight Lorenzo whitewash, that a clinical review into his failings got underway.

“When we struggled in a race, we try to meet each other away from the track,” says crew chief Alberto Giribuola, with whom Dovizioso began working in 2016. “We need to check the data [when we are] a little bit more relaxed in his house. Maybe we’ll watch the race again and say, ‘OK, maybe we need to manage the race in a different way this kind of thing, or another kind of thing.’” On Thursday Dovizioso explained, “Especially after Barcelona … we decided to follow another way. But it takes time to create a set-up base with the fairing and trying to manage the tyre in a different way. It’s about analyzing and trying to follow the feeling we have. It’s about the details. The good result arrives because we put everything together.” 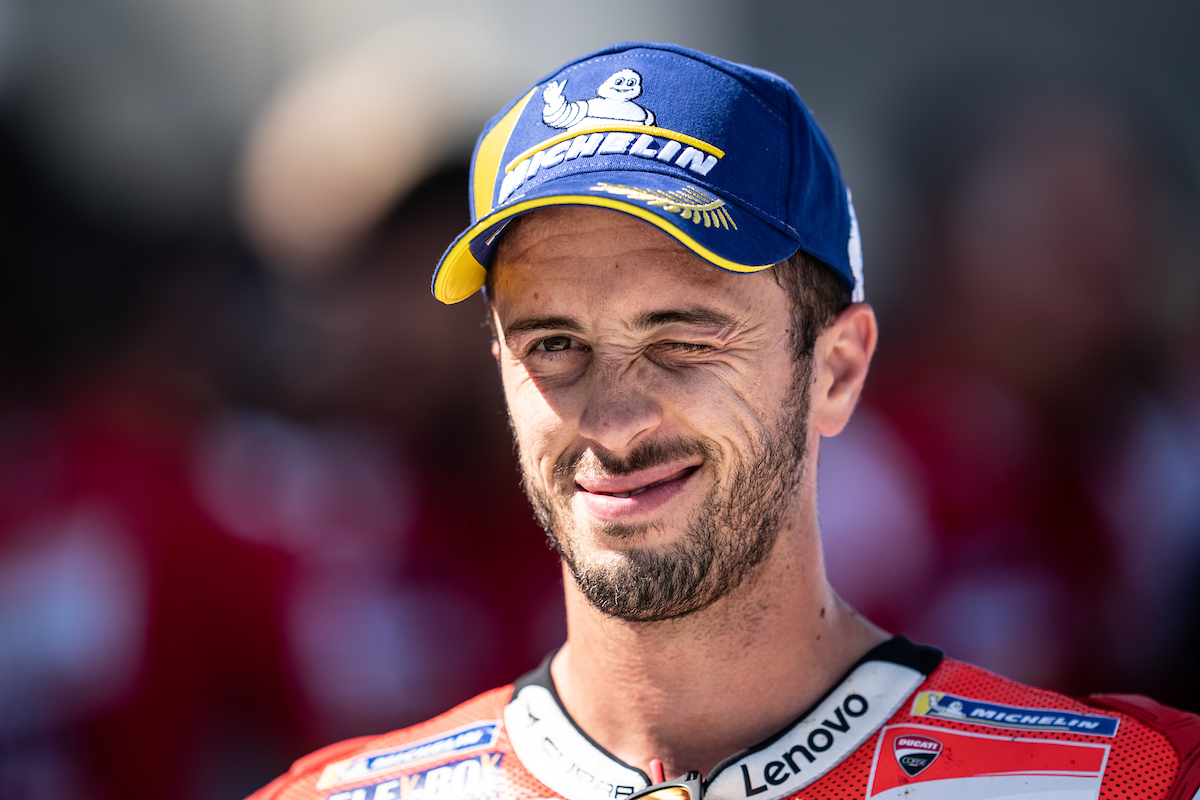 Fine tuning a package that has so much potential was a requisite. Dovizioso and Giribuola soon understood the benefits of running Ducati’s updated aerodynamic package at every track. It took time to establish. But just check their speed once they did. Then there were the subtle changes to Michelin’s tyres for 2018, too. Front and rear profiles are the same for this year, but the rear compounds were fine-tuned. After exhaustive analysis, Dovizioso understood races needed to be managed differently to last season. “You have to save the tyre more than last year,” he explained on Friday. “So what we did last year, [it] is not enough to finish the race with good speed. We worked on that, understood … how much tyre we used and in which condition you have to be at three-quarters of the race.”

His nous and technical understanding off the bike were rarely in doubt. But all of the above have also contributed to a more complete rider on track. There was a reason Marquez commented on Sunday how Dovizioso is now riding better than ever. Not only has he been fast; he’s been attacking the race in ways we hadn’t seen in his previous ten years in the class. Take Brno for instance. Disposing with Valentino Rossi early on, the 32-year old then controlled the pace, saving his rear tyre, before producing a devastating late assault to hold off the advancing Lorenzo and Marquez. “I was fighting with three riders – and we speak about Valentino, Marc and Jorge,” he recalled the day after with a glint in his eye. “It was really important, the way we did it.”

Those encounters breed confidence. As does his placing in the inter-team rivalry that has simmered since the events at Valencia last year. Lorenzo has been in fine shape as of late, but even if we exclude those disastrous first five outings of the year, Dovizioso has still outscored him from Mugello, amassing 128 points in that time to the Majorcan’s 114. 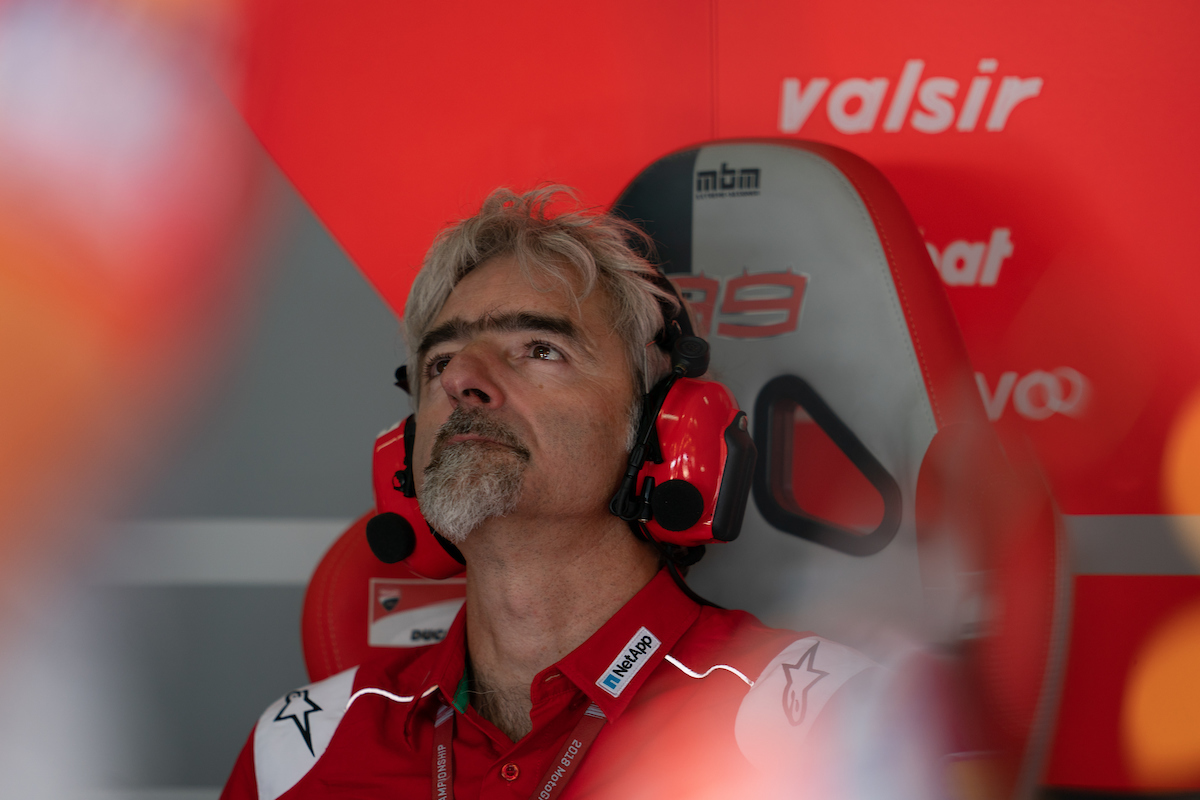 Two seasons running now he’s been Marquez’s chief challenger. So why not use this final stint as a launch pad to really go at it in 2019. In Gigi Dall’Igna, Ducati has one of, if not the most innovative engineer working in the sport. The Desmosedici is forever getting better, and the tightly knit partnership of Dovizioso and Giribuola have proved to be one of the most effective in MotoGP.

Now, to work on beating Marquez over 19 races. Giribuola feels each encounter presents an opportunity. “We don’t have to change particular things for next year. In the last races we were faster than [Marquez] many times. I think it is just a compromise of luck and to keep really strong in all the races. I think we’re in a good position now. Also, the mind is good. Andrea is sure that, OK, [Marc] is really strong. [But] We can beat him. Next year for sure we will continue in the same way.”

After the past two outings, you’d be hard pushed to find anyone that would disagree.