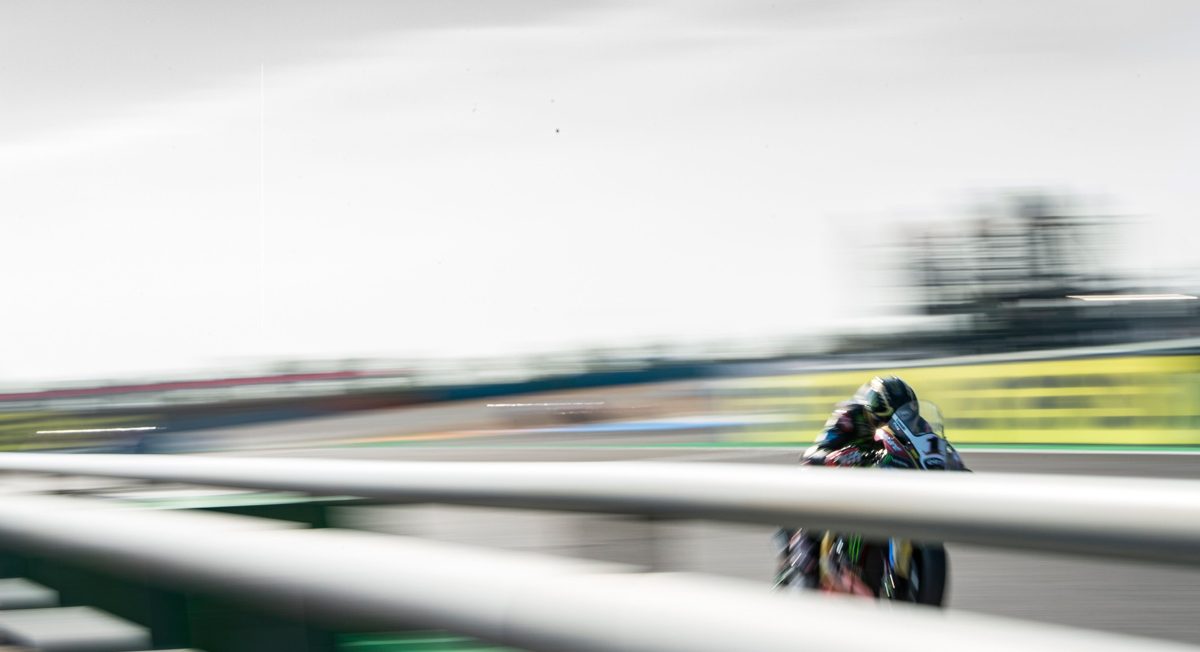 Looking at the legends of tomorrow to catch the one today

There are no more superlatives that I can find so I am not even going to try.

Jonathan Rea secured his fourth consecutive Superbike World title at the weekend with five races remaining in the season and thus cementing his place as the most successful rider in WorldSBK history. Amidst the furore of clinching the title he also moved to the top of the rankings for the all time number of podium finishes and now has the record of the most number of wins in a season, 17, firmly in his sights.

I remember driving to Magny Cours in October 2014 and getting a message on my phone that read “come to my motorhome when you get here, I have something exciting to tell you.” At that point there was an embargo on the information but I shot some unbranded portraits of Jonathan that could be used for a future press release.

I also recall at that time when the news broke he had signed for Kawasaki that few considered him as a title contender, after all he had done nothing at Honda in the eyes of some. Tom Sykes was the top dog in green and the team, the bike and everything was geared up to give him a second world championship. Look where we are now though. When I go back to fours years ago, when we had a cup of tea and spoke about his new deal, I could see a real sparkle in his eyes and in hindsight I think he knew himself the potential that lay ahead. 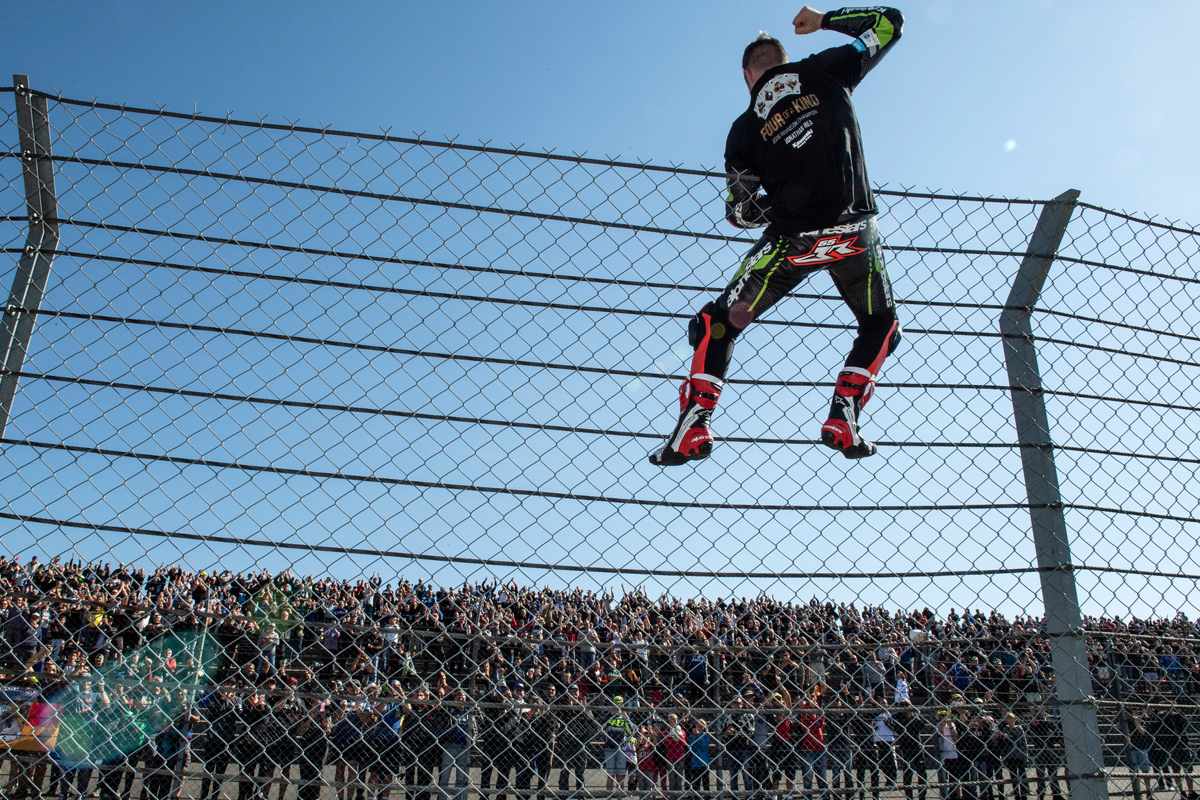 There are very few sports where you can see one competitor being so utterly dominant over such a period of time and in many fronts it is not healthy for the sport but what can you do?

JR has also won the last eight races in a row, nine of the last ten, and has 14 for the season overall. As I sat down to think about what to write this weekend it struck me that there had been no mention of curtailing the Ninja ZX-10RR’s rev limit again.

I will acknowledge right now that I haven’t read the WorldSBK technical regulations in detail but from the statement made on the WorldSBK website back in February “The balancing system using air restrictors has been replaced with a rev limiting system. The rev limit can be altered at various points throughout the season and applies to each individual manufacturer.” I thought that with such domination the rev limit of the Kawasaki may have been cut again. Would that have made any difference? According the comments in the Championship Press Conference from KHI’s Project Leader Yoshimoto Matsuda, probably not. 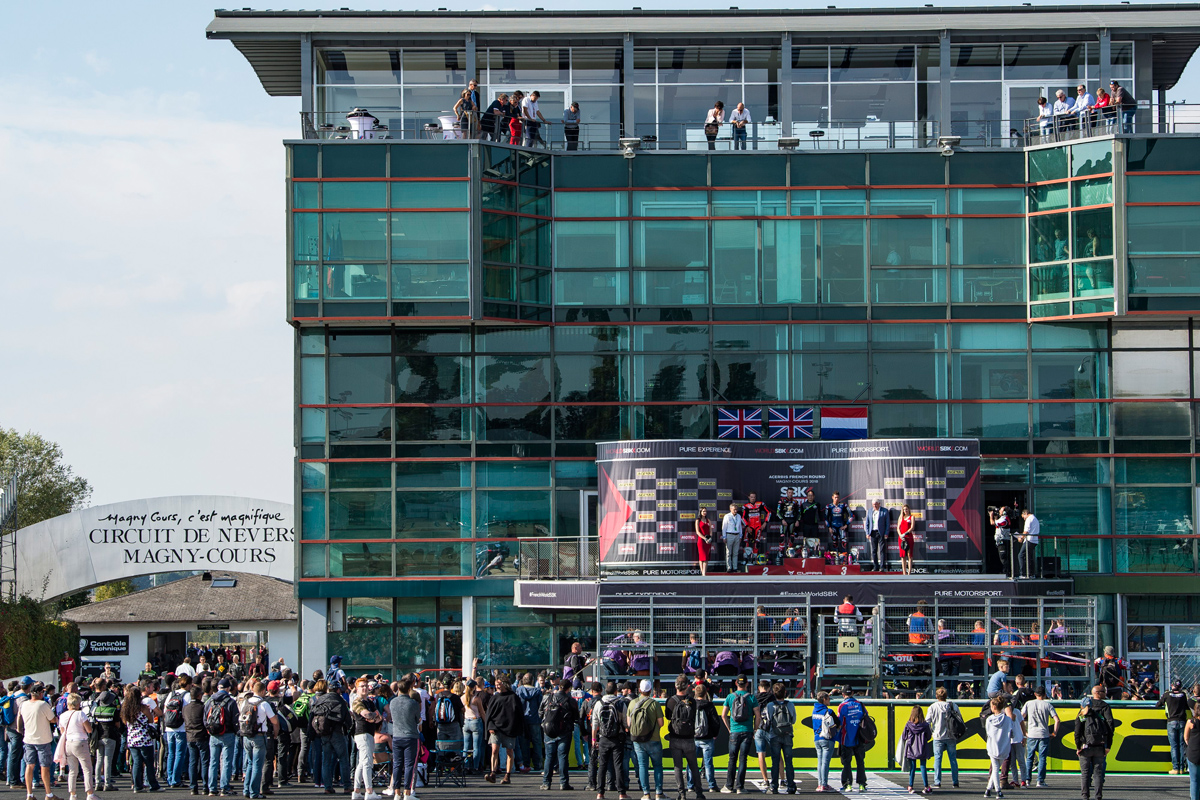 Matsuda-san was asked if this year’s victory with Jonathan meant more to him given that the technical regulations had penalised Kawasaki more than some of the other manufacturers. In his response he actually thanked Dorna for helping with the victory saying that this challenge summoned their “ninja spirit” and made them work harder to ensure they still had the best bike for Rea and Sykes, without that they may not have been so competitive.

Once the dust had settled on Saturday night Jamie Morris and I were driving back to our ‘chateau’ when he made a really valid point. Regardless of any improvements that the other manufacturers are making, and in particular the introduction of the new Ducati Panigale V4 and WorldSBK debutant, Alvaro Bautista, since the summer break no one can get near Rea. Kawasaki themselves have just introduced a new revision to the ZX-10RR road bike for 2019 specifically designed to improve the race machine. Jamie reckons that next season will pan out to be the same as the last four and he can’t see beyond five in a row. I am tempted to agree with him but racing is a fickle game and no ones knows what will happen till the red lights go out.

Alongside Rea in making history at the weekend, Ana Carrasco became the first female rider to win a World Championship by clinching the Supersport 300 title. It was another victory for the Akashi manufacturer in the debut season for the Ninja 400 race machine and one that was equally as noticeable in the story of the SBK series. It was a season that didn’t lack any controversy either and in keeping with that spirit, the drama played out even till the slowing down lap of the final race with Carrasco and fellow Kawasaki rider Mika Perez unsure as to who would wear the crown. It was Carrasco’s title by one point. 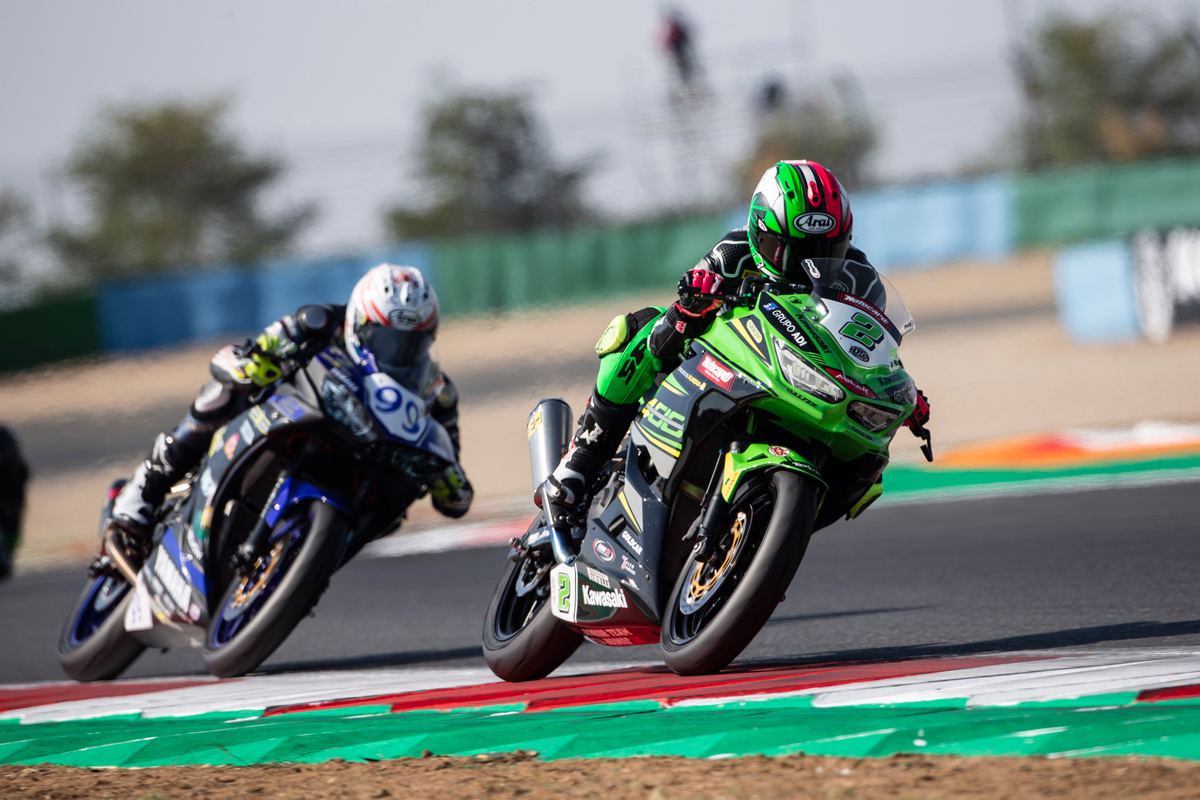 World Supersport300 is a strange class. Only Yamaha race a 300cc motorcycle. KTM have a 390 single, Honda a 500cc twin and Kawasaki the Ninja 400, again and inline four cylinder machine. It has made for a bit of a nightmare for Dorna and the FIM in trying to ensure the balancing system within the technical regulations for parity. Almost every manufacturer has had a moan about it at some time this season but I really like the class. The race at the weekend had 41 competitors and some of the closest action we have seen this season. It was explained why Kawasaki have a 400cc bike later in the day: because of current emissions regulations in the EU and US the Ninja 300 production bike was losing power to meet the current tests. Therefore to retain that power, and have a ‘cleaner’ bike, they increased the capacity to 400cc.

This weekend it was a Yamaha that won the race and I felt that the balance of the competition seemed fair, maybe except for Carrasco. She revealed later in the afternoon that she had had 14kg of ballast introduced to the bike after two wins at Imola and Donington and the reason the overall finish was so tight was because she qualified 25th and finished the race in a lucky 13th position. 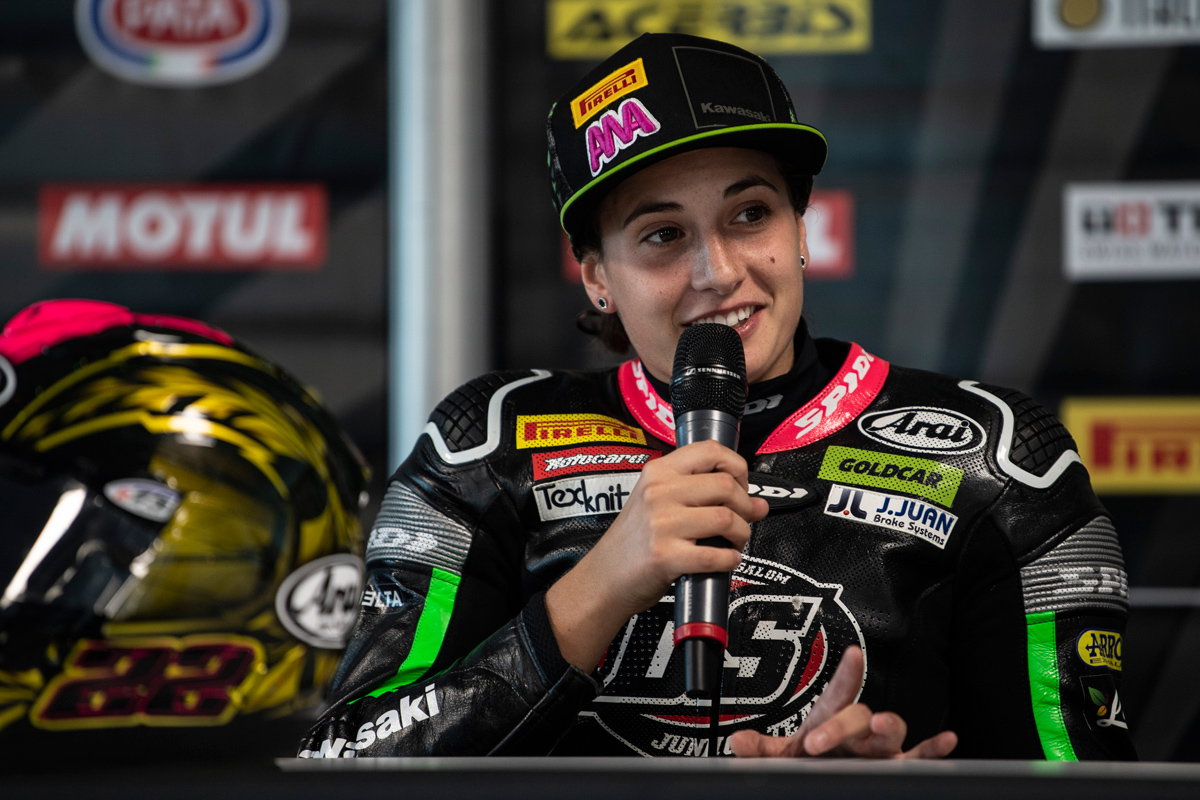 I hope Dorna can keep the manufacturers onside with the technical aspect of the racing as the championship overall needs a pool of talent to be developed for the future and the racing can be the best of the weekend. I also love to see these young riders wringing the neck of their bike and wearing their hearts on their sleeves.

Who knows what the future will hold for the WorldSSP300 riders but I would like to hope that one day, one of them will be knocking on the door of some of the records set by JR this year and becoming a legend themselves.