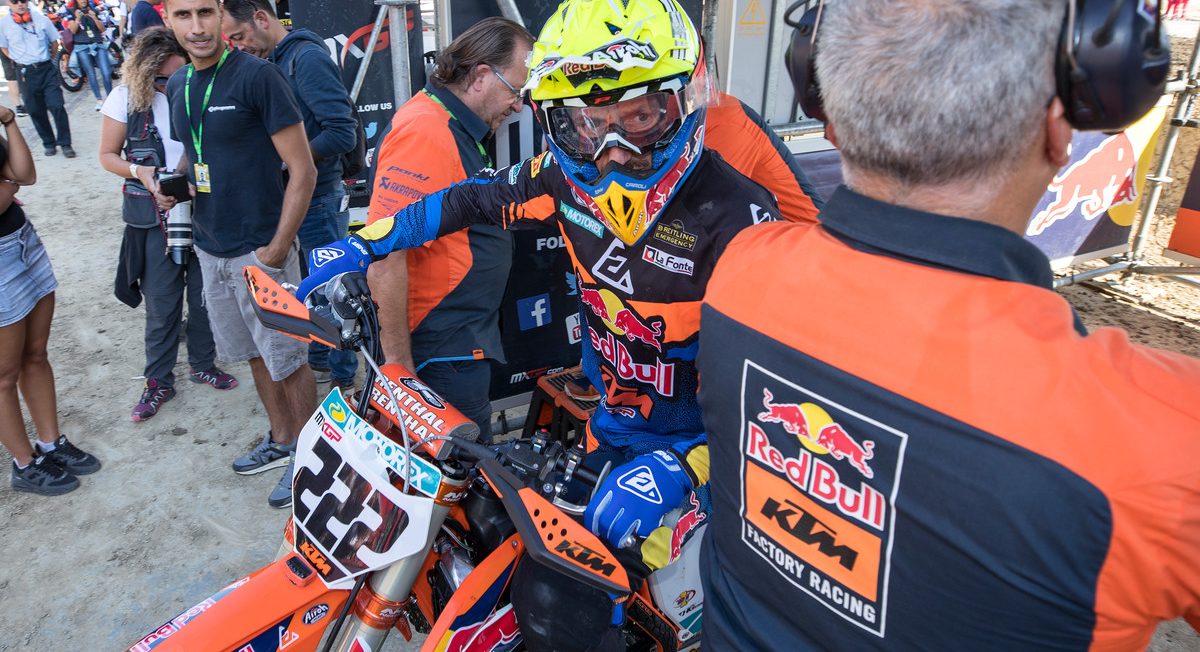 Tony Cairoli is already constructing a plan to regain his MXGP crown and take his total of championships to a record-equalling ten in 2019. The 33 year old has been testing his 2019 version of the KTM 450 SX-F and has switched to the same engine configuration that teammate Jeffrey Herlings used to such devastating effect last summer.

According to Red Bull KTM MX2 Team Manager and Technical Co-ordinator Dirk Gruebel the Italian is examining all areas of his set-up and preparation to try and gain the upperhand over Herlings. The pair shared the MXGP podium 13 times from 20 in 2018 with Cairoli winning just two Grands Prix compared to Herlings’ haul of seventeen winners’ trophies. 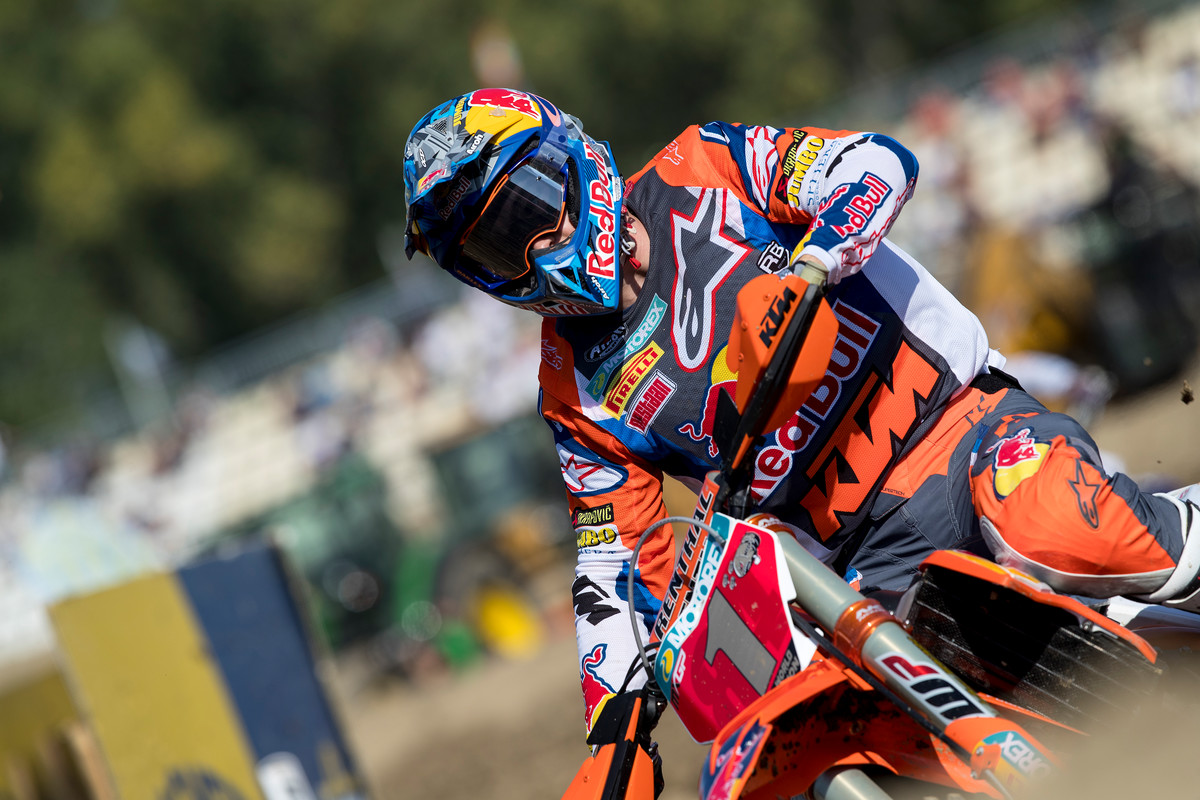 “Tony is looking for that little something extra and I think he is looking in all areas,” offered Gruebel. “He swapped to the new engine that Jeffrey used this past season. We also proposed it to Tony [at the time] but it’s natural that he wanted to stick with something he knew and was comfortable with after winning the 2017 title. He was beaten by the newer bike so now he’s has it also.”

Despite a nine-year age gap, Cairoli was Herlings’ closest challenger in 2018 and remarked that he needed stronger race speed and intensity for longer stretches of the moto to keep pace with his rival. With two more seasons remaining on his Red Bull KTM contract Cairoli has two more opportunities to reach Stefan Everts’ record-book-leading tally of ten titles. It means defeating his toughest ever adversary and one arguably at the height of his powers.

“I can see that Tony is looking for the last little bit,” Gruebel revealed. “Next year it will be all-or-nothing for him, that’s my feeling.”