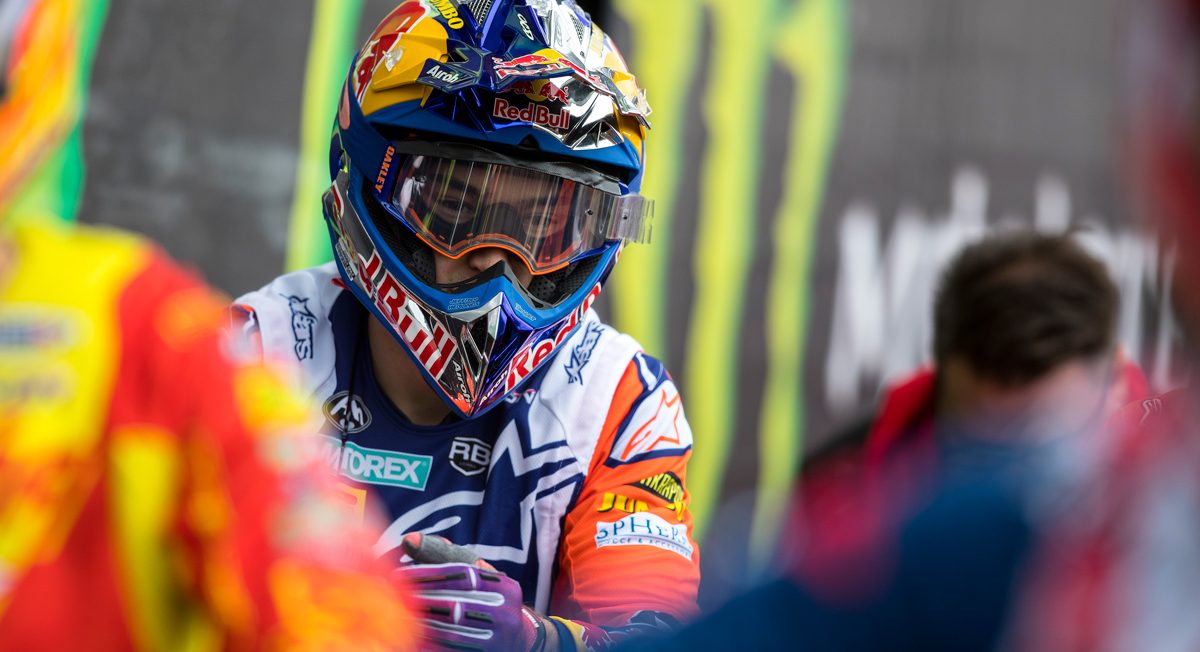 MXGP World Champion Jeffrey Herlings should learn in the coming weeks if he will change Red Bull KTM camps and attempt the 2019 AMA Pro National motocross series in the USA. There has been continual speculation that the 24 year old could make the switch since his broke his right foot in Spain at the end of January. Herlings had his first serious check-up on Monday to assess the surgery to repair multiple fractures and the doctors were allegedly pleased with the progress of his recovery as the Dutchman had three pins removed.

Herlings is still not expected to be riding his 450 SX-F for another month which means he’ll miss Grands Prix in Britain, Holland and Italy and is almost certainly out of the fight for the 2019 title.

Talk of Marvin Musquin, Red Bull KTM’s current AMA Supercross rider, allegedly requiring a knee operation means that a slot could be open next to leader of the 2019 SX series, Cooper Webb, for the thirteen-round American motocross championship starting at Hangtown on May 18th, which could still be a push for Herlings to reach full race readiness.

Herlings has publicly stated his willingness to attempt the AMA competition after briefly training with KTM Group trainer Aldon Baker and winning the final round of the Nationals at Ironman, Indiana in the summer of 2017. If he did make the transfer he would become the first defending premier class world champion to take to the line on American soil as a full-time member of the paddock. It is even conceivable that Herlings could be the first rider ever to hold both FIM and AMA crowns at the same time if he wins the contest in the USA (MXGP finishes in Hong Kong on September 22nd while the Nationals end on the final weekend in August).

KTM have been non-committal on the possibility of losing their MXGP star, especially as this would leave Tony Cairoli – currently holding the red plate – as their sole representative in grand prix and a presence that has shrunk from three riders last year to just one in 2019.

“He’s under contract to race in Europe and I’m not enthusiastic about this American story because we have a fantastic team with fantastic riders in the USA,” said Motorsport Director Pit Beirer recently at the MotoGP race in Qatar. “Without Jeffrey we don’t have a full line-up in MXGP and we’d already made all these cosmetic changes with Pauls Jonass moving to [Rockstar Energy] IceOne [Husqvarna]. It is always good to have a back-up and a minimum of two top riders so I’m not super-happy about him going to America.”

“It is not easy,” he added on the prospect of shifting the rider roster. “What would be easier is to add a guy [who is] already in America. In Europe we have a factory team that is ready to service three factory guys – minimum – and there is currently one in the structure that is still a rookie. Currently it is not enough for the effort we are making. I don’t want the team without a proper line-up because they want to work hard, they want to develop and make better bikes and better riders.”

Beirer and KTM have a special relationship with Herlings since bringing him into the Red Bull KTM outfit as a fifteen year old in 2010; this year is the tenth season of their collaboration and four titles and 84 GP wins have been taken in that time. The German is not ruling out the chance of American fans enjoying Herlings in the twelve round campaign but is remaining cautious. Much hinges on how the rider will respond to the final phases of rehab and whether the foot will be strong enough to even consider a strong period of preparation for the Nationals. If Herlings needs more time then he can re-enter MXGP in the summer and assist any title plight that Cairoli could be waging. “It is still a little bit too much speculation and I’d like to take this decision when Jeffrey has a date set to ride,” Beirer concluded. “He should be riding for more than a week so we can see where he is and we can make a plan. Don’t expect this decision quickly. It will take time.” 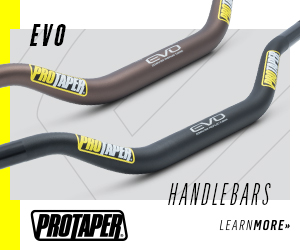