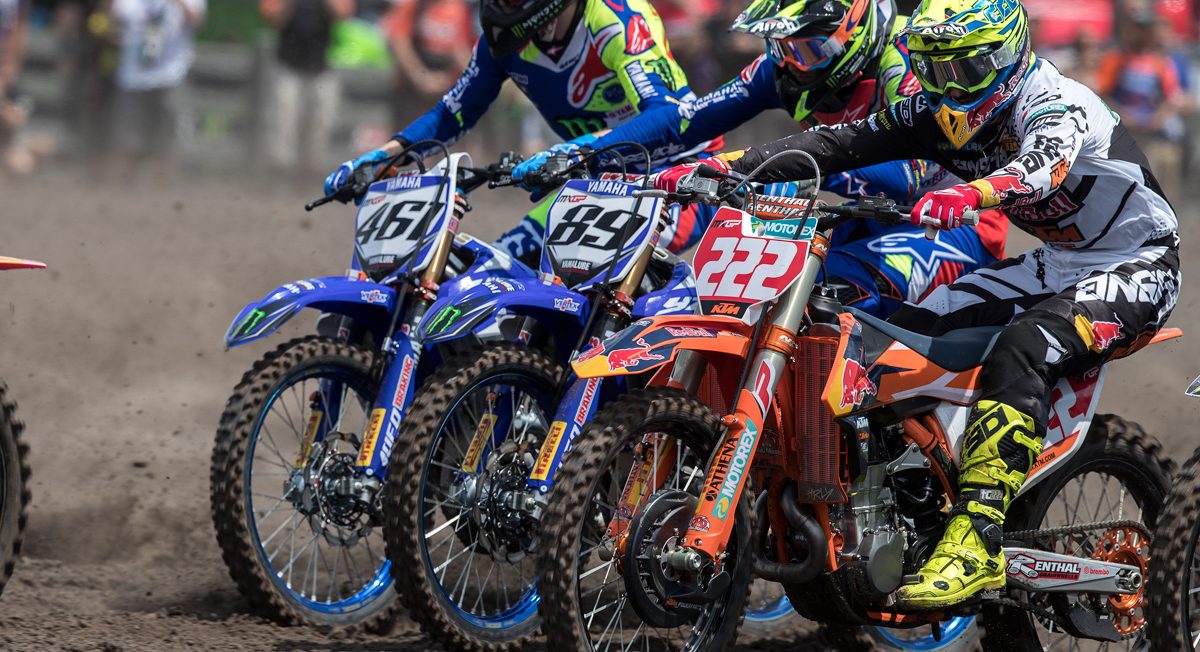 One little part of the Motocross of Nations that is often and easily overlooked is the press conference tease of the following MXGP season that takes place as part of the media opportunities schedule.

This year at Matterley Basin several rumours were confirmed by Youthstream President Giuseppe Luongo and a few surprises cropped up. To summarise: goodbye to the USGP for now with RedBud welcoming the 2018 MXoN and thus the rather unpopular and forced Grand Prix of Mexico also swallows the worm, the MXGP-mad Indonesian fanbase (a country with apparently six million in motorcycle sales) will host two rounds of the 2018 series in European summer time, Turkey comes back to the slate for the first time since Istanbul ran a busy if somewhat chaotic race (fans were lining the side of the jumps like some sort of 1960s retro event) in 2009, the Spanish GP lives; and in the capable hands of the Red Sands facility near Benicasim funded by the Valencian government. Lastly the first ever Grand Prix of China will be run in 2019 and at an undetermined site near Shanghai.

Not a bad little round-up with confirmation of just three flyaway rounds in a nineteen-twenty fixture list and the calendar is expected to be released next week.

The shape of the competition that will start again in just five months time around the volcanic terrain of Neuquen in Argentina already prompts the imagination regarding what we’ll see on the track. While the roulette nature of the sport indicates the utter absence of a ‘sure thing’ it is hard to escape the feeling that a fit Jeffrey Herlings will be looking to run the whole way with the baton. 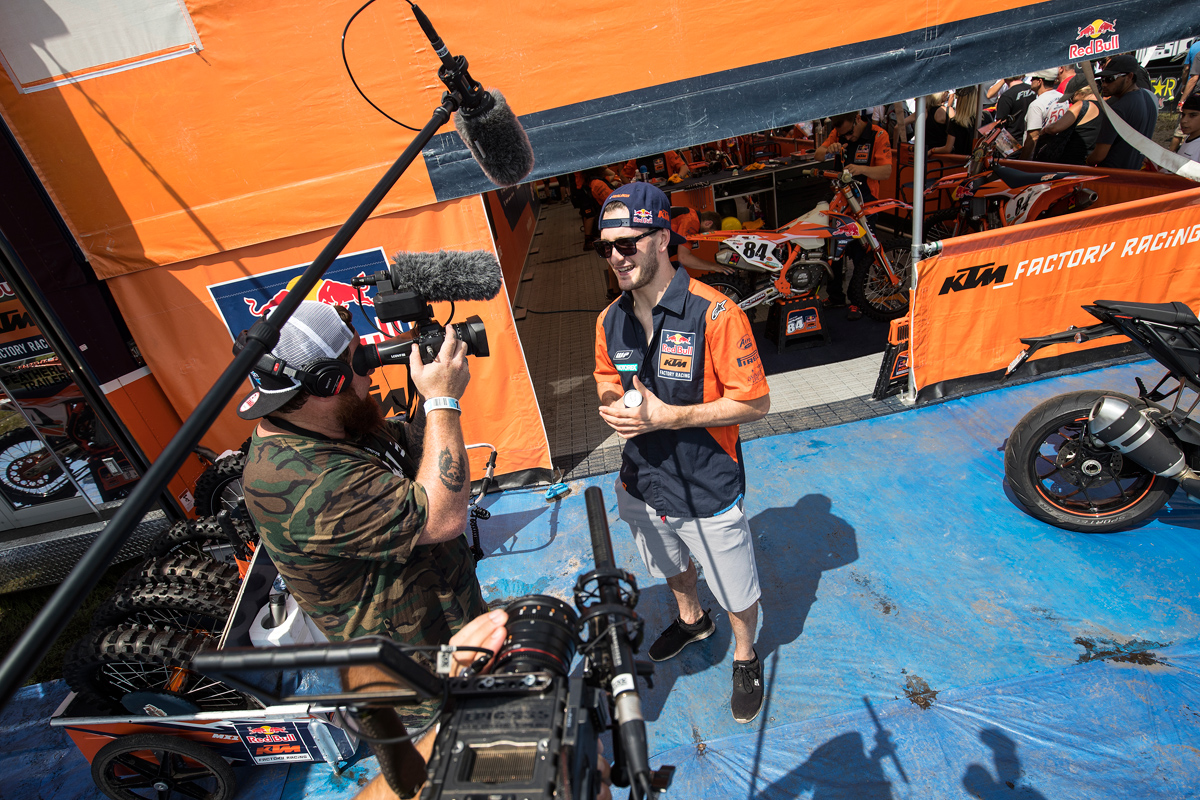 The Dutchman has risen to the heights of his MX2 form and ability in the second half of the MXGP season. It was fascinating watching two Red Bull KTM athletes go about painting their smaller and bigger pictures: Herlings proving his point by gobbling as many as possible while Tony Cairoli tapered down his window of risk and massaged the cushion he had already inflated over his peers. At times the palettes touched. We enjoyed some tasty scenes between the pair at two Grands Prix at least, and the prospect of a Cairoli in his reactive and fiery best at Arco di Trento matching with a Herlings in attack mode from any of the last six of seven that he won is enough to justify a ticket, flight, hotel reservation or internet viewing package alone.

Much hype and hoopla was made about Ryan Villopoto’s doomed Grand Prix attempt in 2015 and how it brought together the best of the AMA against the best of MXGP in the form of Cairoli at that time. While the new brewing rivalry is hardly enticing for those that have little love for the Austrian brand, and could well present some headaches for the Red Bull KTM team (although as Pit Beirer opined at Matterley Basin: two riders fighting each other for the title? What a wonderful problem to have…) I think it presents a juicier face-off than the Villopoto ‘gamble’ and with more potential than anything we’ve seen in MXGP for some time. Both are multiple world champions; Cairoli is the second most successful rider in the history of the sport, Herlings is third in the list. There is an age gap of eight years and a cultural divide. Cairoli said to us in an exclusive interview recently: “I’m different [to him] with my mentality. I never say ‘I am the best’ or ‘nobody can beat me’ and he is the one that will say that. I don’t like that so much. There is always someone better than you! So I never had that mentality in my head…but I also think it is a little bit typical of the Dutch! If they start to get near the top then they start to ‘fly’ a little bit. Of course there are also Italians like this but it is not my case. I have never said ‘I am the best try to beat me’. I have just tried to show it through my career.”

Herlings is already forming his own ‘team within the team’ and knows that taking on Cairoli also means a sizeable quota of the Italian staff of the Red Bull KTM set-up as well. He has already had a taste of it in the last two months. What will happen? Expect two strategies for the title that will be both similar and very different at certain times. Herlings seems to possess more capacity for speed and to place the bar where others have to leap but Cairoli can really stretch his legs when the need arises. More than anything I want to see someone really push the best of Tony. Clement Desalle and Gautier Paulin tried their best since 2010 but couldn’t rally the #222 for long and once the Sicilian had that large numerical advantage in the standings then it was only a matter of control and intelligence.

Jeffrey will know he will have to beat Tony on various Sundays (maybe even some Saturdays as well for psychological aid) but also keep a lid on him in the championship table. If Cairoli does his usual ploy of building, building, building points, then he will again go into accountancy default and force his teammate to regularly live on the limit to peg anything back.

Can I back out of the hyping process for a moment?

Watch Rockstar Energy IceOne Husqvarna in 2018 and second years for both Paulin and Anstie on similar bikes to the KTMs. The keyword for Antti Pyrhonen’s crew will be ‘consistency’; Cairoli and Herlings will rarely drop their guard.

Tim Gajser’s 2017 ended up much like it started. The Slovenian was fast but usurped by Cairoli in Qatar while dealing with a streaming cold. Tim had to deal with more physical problems as the campaign progressed while the forces of experience carried on without him. Gajser can only be a little wiser and maybe a little freer without the weight of ‘world champion’ following his name for the first time in three seasons. Romain Febvre will have dialled in the 2018 YZ450F in Monster Energy colours. Clement Desalle is another year older and might be able to beat the likes of Gajser and Herlings on guile but how the Belgian feels with that Monster Energy Kawasaki will determine his competitiveness and whether he can rise higher than top five firmaments.

Anyway, crystal-balling is slightly premature with the engines still warm from testing. The way that 2017 pulled its way through the final muddy throes helped construct a feeling of anticipation. We are all used to Cairoli’s brilliance but it is Herlings’ maturation – as expected, with a couple of bumps on the way – that has really teed things up nicely. The pre-season races for 2017 showed us that Cairoli was quick and comfortable on the 450 SX-F and he drove that impression right into the heart of MXGP with his 1-1 in Qatar. Will he be able to do the same at Neuquen? It already tingles the fingers to think about it.