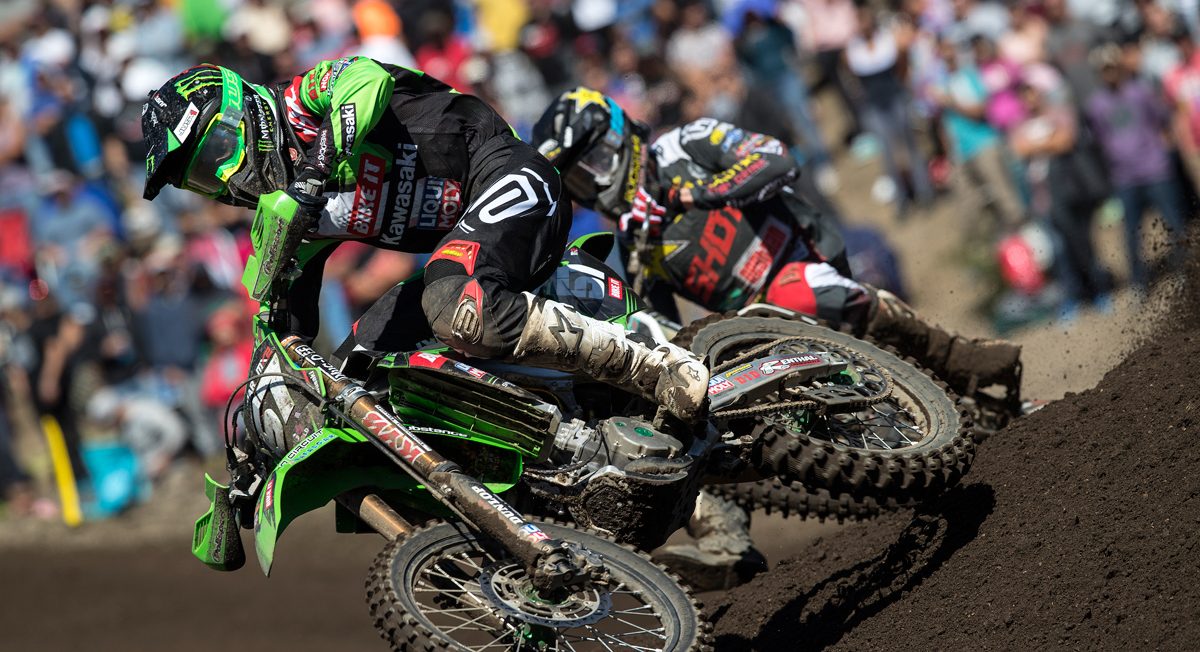 2016 EMX250 European Championship race winner Darian Sanayei is starting to make good on his potential as a Grand Prix star in his just second season at FIM world championship level but the 21 year old’s Bike it Dixon Racing Team Kawasaki could be key to his success.

Sanayei went 6-2 and just missed out on his maiden podium appearance at Redsand for the Grand Prix de la Comunitat Valenciana last weekend; the highlight of the weekend being his emphatic charge to the rear wheel of unbeaten world champion Pauls Jonass in the second moto. The American also led the way at Neuquen, Argentina in the series opener before experiencing some technical trouble. 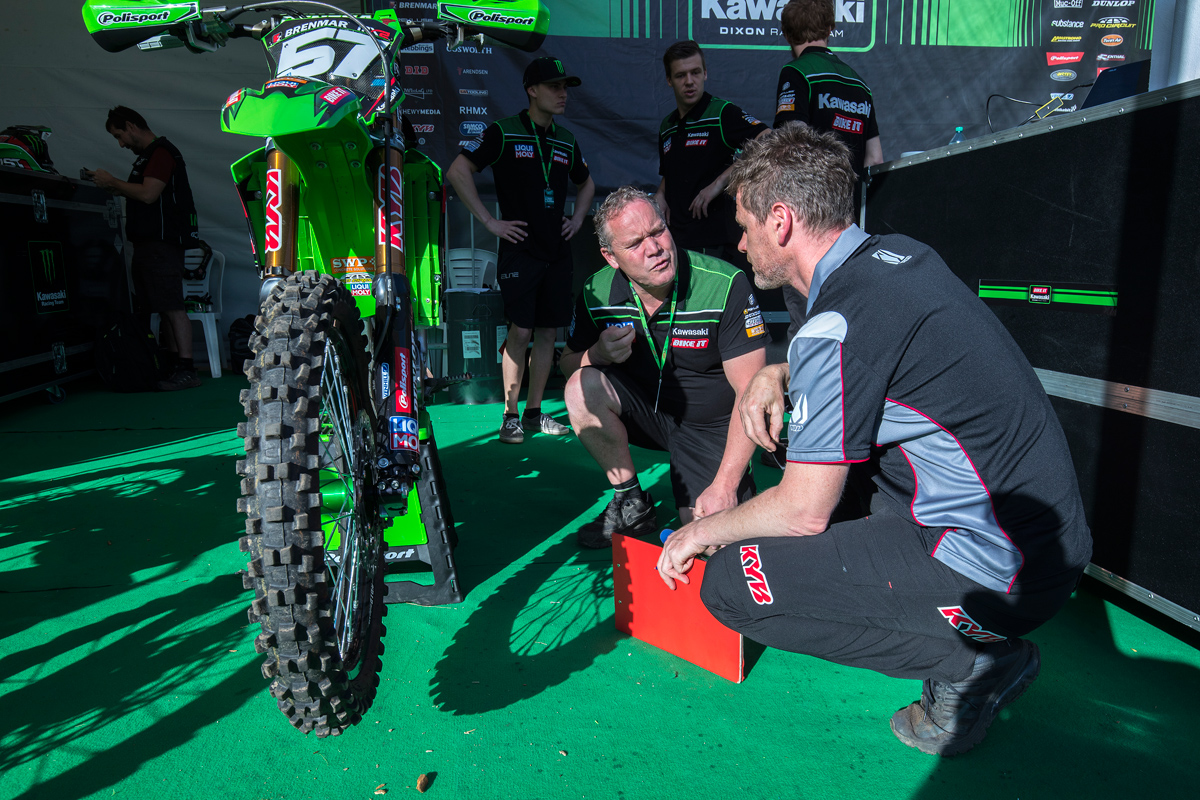 #57 is the sole MX2 racer for the British squad and Dixon has preserved with some engineering ideas to drop weight and boost power of the KX250F in order to compete with the works KTMs and Husqvarnas out of the gate. Concepts like the carbon air intake box and other internals means that Sanayei’s racebike can be temperamental in the early stages of development.

“I’ve been working hard this winter and I feel confident and like I should be at the front,” Sanayei said in Spain. “Unfortunately we had some things happen in the first couple of rounds that didn’t let me finish for a couple of motos but the racebike made both races today and both times I had the fastest lap-time, which was pretty cool.”

“On the dyno they said the racebike is about 5 horsepower difference over my second bike. I can feel it definitely,” he said. “It pulls good and I don’t feel like I am lacking with the other guys.” 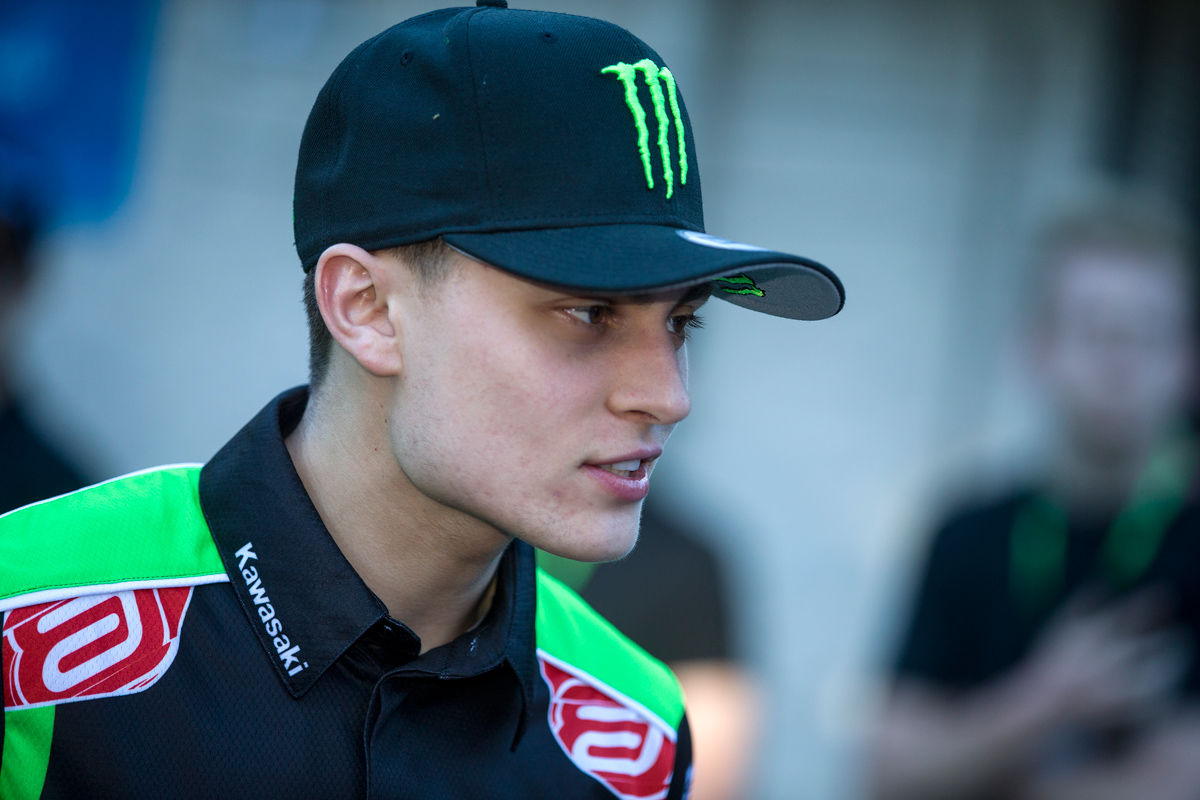 Sanayei often appeared overawed by the demands of Grand Prix in 2017 and struggled in sand and hot conditions particularly but is looking lean and stronger and is equipped with arguably one of the best bikes among the Japanese collective to make further impact on MX2.

“It is coming, for sure,” he summarises. “I don’t just want to be on the podium, I want to win. That’s what I am going for. I’ll be happy with the podium but I’m shooting for wins.”