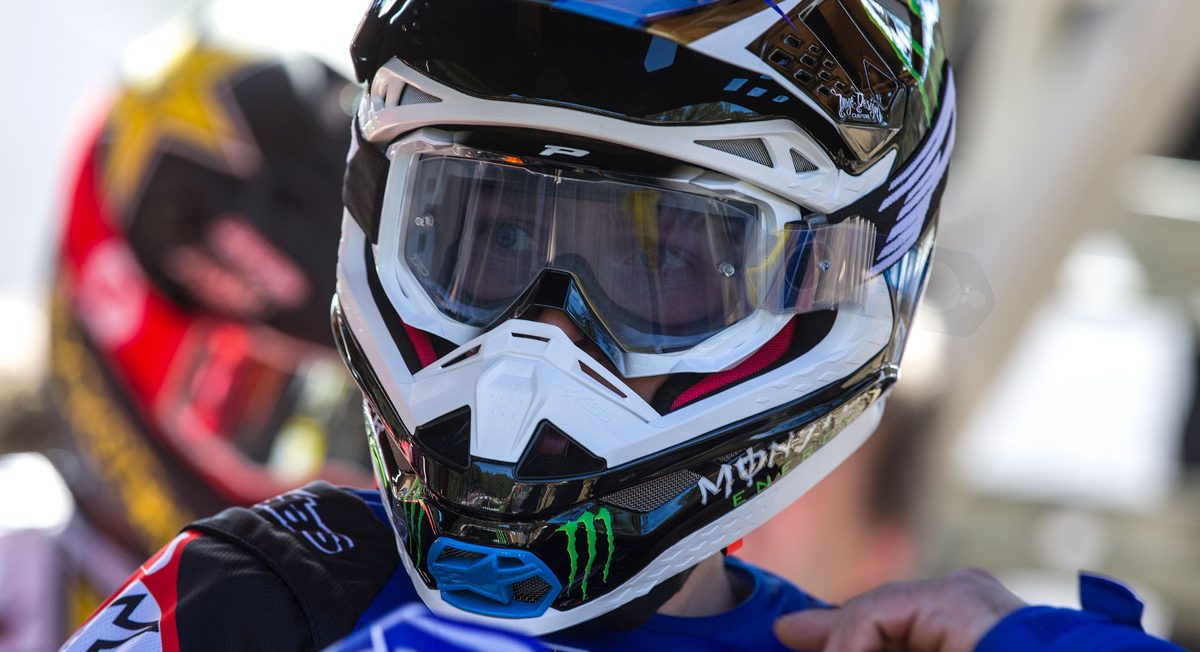 In a forerunner to a slightly longer piece in the first issue of OTOR this year, we spoke to Romain Febvre on the most critical winter period of his MXGP career to-date.

The 28 year old is currently training on the island of Sardinia and maintaining a pre-season routine that began in his five year term with the now defunct factory Yamaha team run by Michele Rinaldi. Febvre, who won the 2015 crown in his first attempt at the premier class, has been getting to grips with the KX450F for what will be his maiden campaign with Kawasaki’s works crew. He is also riding to recover from the effects of the broken left femur he sustained after crashing out of the lead of the Grand Prix of Sweden last July for what was the sixteenth round of the 2019 championship; a year in which he lifted five trophies and celebrated his first victory since 2016.

“It wasn’t simple to get comfortable on the bike and to feel like normal, especially in the lefthand corners at first,” he admitted exclusively. “I guess that is expected and, honestly, it has been getting better every time.” Febvre has had to deal with two concussions and two broken legs in the last four seasons but remains one of the fastest and most competitive riders in MXGP. For 2020 he faces a remarkable challenge: establishing his fitness and pace once more as well as adapting to the Kawasaki and the Holland-based KRT unit.

The Frenchman switched brand – his fourth in Grand Prix racing – after Rinaldi elected to close his race team for 2020 and Yamaha empowered the Wilvo squad with works status and a three-rider roster. Febvre had been training with France’s first world champion – Jacky Vimond – in 2019 and although he suffered two fractures enjoyed his most competitive form for two seasons. Vimond has moved into the KRT structure for 2020 and will again link up with his charge who recently announced his career number of #461 will be changed to #3. In a situation eerily similar to his 2015 breakthrough – where Febvre used the winter months to gain track time on a stock YZ450F and would go on to dominate the MXGP class as a rookie – he has already been digesting the merits of the KX450F. “The bike is thinner, especially around the tank and seat,” he says of the difference. “I really like that, and it makes a difference for the handling.”

Ahead of more rigorous testing this month Febvre has already taken a liking to the Kawasaki engine character; power being an issue in the past with Yamaha, most notably in 2017 when he struggled to refine the set-up of the YZ450FM. “It was very aggressive, and we needed to always find a compromise for the different tracks and the starts,” he admits. “From the basic setting with the Kawasaki I’m already very happy.”

Kawasaki have won MX1/MXGP races with Billy Mackenzie, Sebastian Pourcel, Christophe Pourcel, Gautier Paulin, Ryan Villopoto, Eli Tomac and Desalle. Along with the Belgian, Febvre will give KRT the type of billing they haven’t enjoyed since Villopoto made a minor splash in MXGP in 2015. Desalle himself is coming back from a season-ending broken leg (at the Grand Prix of Russia) and will be paired with a Frenchman for the second time after previously having Jordi Tixier as teammate in 2016.

“I don’t know Clement so much,” Febvre said. “He is riding in Spain and I’m in Sardinia but we’ll link up soon. I think it is really good for the image of the team to have two top riders and hopefully we’ll have a nice season. It will be interesting to hear his opinions on bike set-up because I still have a lot to learn.”

KRT are expected to compete at Riola Sardo for the opening round of the three-date Internazionali D’Italia in Sardinia on January 26th.