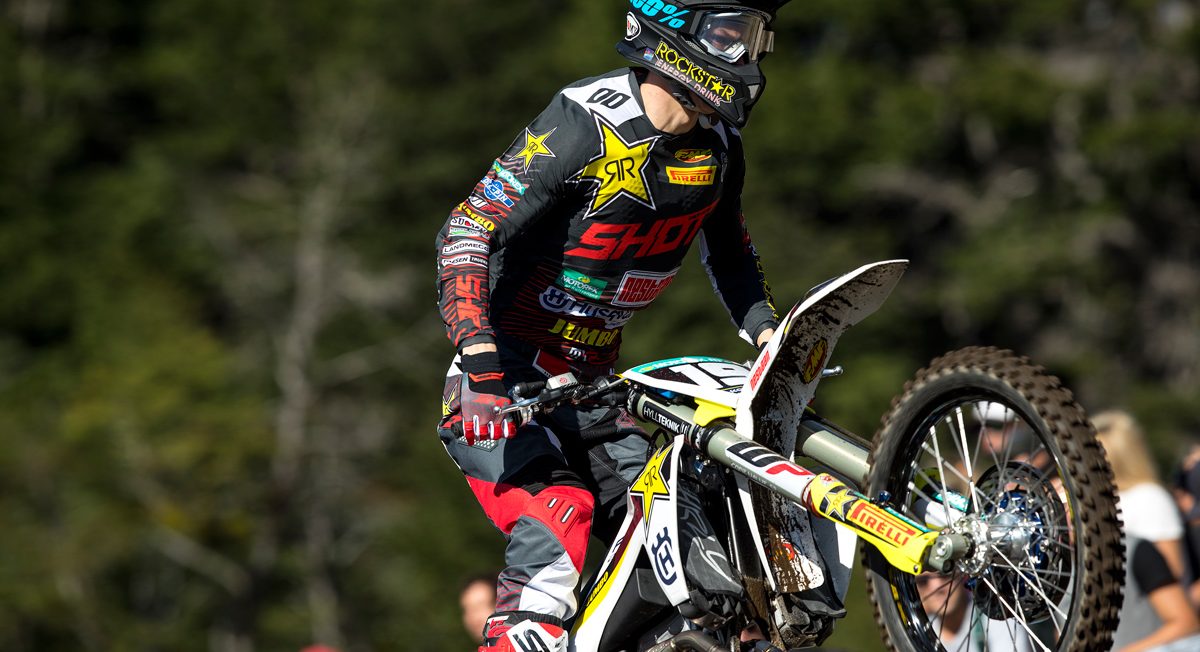 Three consecutive podium finishes in the MX2 class this year means that Rockstar Energy Husqvarna’s Thomas Kjer Olsen has already superseded his haul from 2017 and an impressive rookie season where the Dane classified third in the FIM World Championship. Olsen has looked the rider most capable of toppling Pauls Jonass’ grip on the series and came close for a phase of the second moto at Redsand for the Grand Prix de la Comunitat Valenciana until a small crash pushed him to the third step of the rostrum.

Olsen has not only been one of the most consistent racers this season so far but also one of the most watchable; his tall frame climbing all over the FC250 in aggressive, almost playful fashion. “It is a little bit with my height,” the former EMX250 European Champion explained. “I try to move around a lot so I am in the best race position and not just straight up on the Husqvarna. I’m trying to work a lot with the bike and to use my height as an advantage to tackle the bumps. I like to do the scrubs and whips as well!” 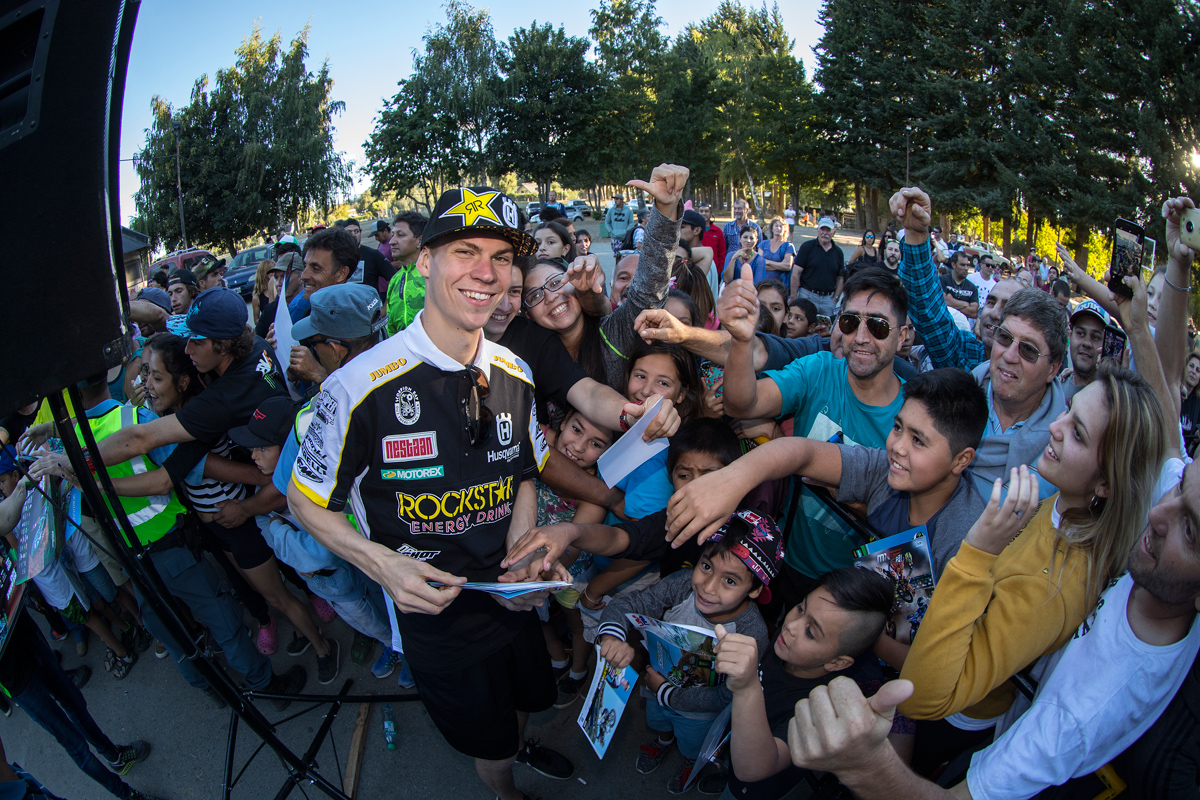 As with rivals like Jorge Prado (two podium finishes), Hunter Lawrence and Darian Sanayei Olsen has been scratching his head as to how to defeat Jonass; the Latvian has ruled MX2 in Argentina, Holland and Spain. One area #19 clearly needs to make gains is with his race starts. “It is difficult to say right now,” the 20 year old muses. “The KTM guys are really on-point. I think after winning the championship last year Pauls took a lot of experience being in front. I know I took a lot of things from last year and the mistakes I made and I’ve tried to fix them. My way of attacking the track is really good…but I do need better starts. If I’m tenth at the beginning of a moto then I cannot catch those guys.”

Quiet and unassuming Olsen is however one of the brightest stars in Grand Prix and has been on a strong upward trajectory with his speed and potential in the last two years. He is arguably Jonass’ strongest threat, especially in the championship standings where he sits in second place. “Jonass is really flying,” he says “but if we can keep building and learning from every race then I am sure we can beat him. I’m building up confidence. I didn’t think I’d be on the podium three times in a row in the first three races but I feel right at home there.”